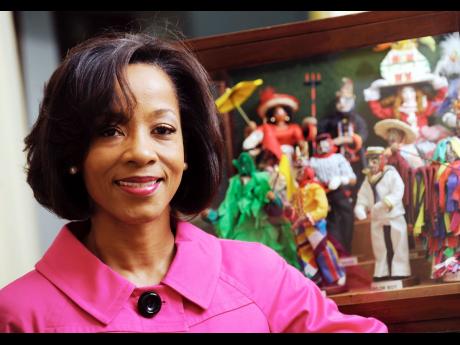 Grace Silvera Silvera has been seconded from Diageo for a year to head the Jamaica Cultural Development Commission. - photos by Ricardo Makyn/Staff Photographer 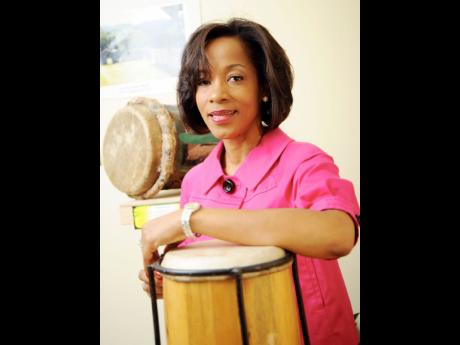 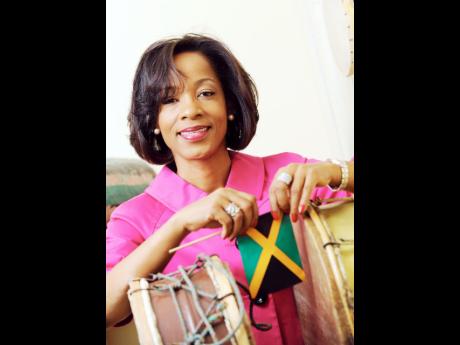 Grace Silvera hopes to make the organisation financially independent by identifying new income-generating activities, which will bring revenue to the agency.
1
2
3

Grace Silvera, new executive director of the Jamaica Cultural Development Commission (JCDC) is utilising her communications and marketing skills to strengthen the cultural products of the JCDC and making it more fiscally independent.

Silvera, who has been seconded from Red Stripe for a year to head the agency, told Flair that these strategies have already begun with a rebranding of the organisation, which took place last month.

She, however, noted that the rebranding, which saw the 47-year-old organisation changing its logo and jazzing up its Phoenix Avenue head office in St Andrew, would go beyond that.

"For you to be dynamic, you have to continuously reinvent yourself, and so the whole image makeover is a part of that," she explained. "We must remain relevant in order to preserve what is our rich culture and our rich heritage, as we showcase and develop those areas of our culture as well."

She hopes to make the organisation financially independent by identifying new income-generating activities, which will bring in revenue for the agency.

"We have a prime piece of real estate called the Ranny Williams Entertainment Centre and we would like to transform it into a premier entertainment centre in Kingston, and for it to be used by not just the JCDC but a number of events and promoters - I think that we could use it more to generate a lot more income opportunities," she said.

There are also plans on the drawing board to partner with hotels and duty-free stores to be outlets for some of the souvenir items from the JCDC including DVDs or CDs with the country's cultural items.

"We also want to have greater synergies with the local hotels to see how we can partner with them to have, for example, the Jamaican-night experience for the guests and rental of advertising space on our new website soon to be launched," she said.

Silvera is also rationalising the operations at the agency, which so far has seen savings of up to 45 per cent on telephone expenses. This was accomplished through the streamlining of telephone lines with the introduction of a switchboard.

She said she would also be forging alliances with other agencies to have a more cohesive approach in the development of the Jamaican culture. One such partnership will be with the Caribbean Institute of Media and Communications (CARIMAC), where final year students from the institution trained in media and communications would benefit from an internship programme aimed at enriching their on-the-job experience.

"What that does for the students is provide on-the-job practical experience on some of the nation's biggest events (such as the grand gala)," she said.

"They will have hands-on experience and it will add to their résumés, the institution will turn out more practical students who can slide right into the working world," she added.

Another alliance being considered is one with the Edna Manley College of the Visual and Performing Arts.

During her tenure, Silvera said she would be introducing new programmes such as one tailored specifically for young males.

"We don't have anything currently that exclusively caters to the young men who may be predominantly at risk in some communities and we are looking at introducing a programme for them," she said.

Funding from this programme is being sought from international agencies.

Silvera, who seems to be racing against the clock - due to her short tenure - is promising a more vibrant JCDC when the rebranding is completed, a cost, which she said, has climbed to $3.5 million so far.

"You will see enhanced programmes, refreshed more vibrant revitalised activities which fall under the rebranding," she promised.

As the year unfolds, Silvera will continue to draw from the unimaginable wealth of strategic foresight, leadership capabilities and raft of experiences that she gained from the private sector, which have equipped her to firmly grasp the helm and smoothly lead the agency immediately.

"The transition was also made very easy by the great people at the Ministry of Sports, Youth and Culture and my fantastic team here at the JCDC. They all immediately embraced my style of leadership, the blistering pace at which I work, plus the rigor and passion that comes with my professional tenets."

As the newest member on her team, Silvera noted that Minister Olivia Grange always finds the time to provide coaching, advice and leadership to her despite her, hectic schedule.

When asked whether she has a preference for one sector over the other, she said, "I honestly can't say I prefer one above the other as both sectors offer different experiences, growth and opportunities. What I can say though, is that I absolutely love what I'm doing. Working on one of the biggest brands in the world, Brand Jamaica, is sheer delight and it keeps my engine on full throttle constantly."

So, just what has been her greatest surprise in the new job so far? "The dedication of the hard-working people in the public sector who do so much with so very little," she said.

Grace Silvera hopes to make the organisation financially independent by identifying new income-generating activities, which will bring revenue to the agency.