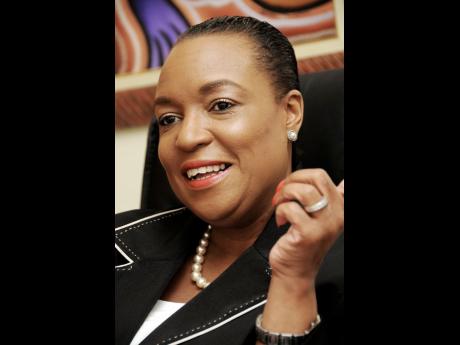 Jacqueline Coke-Lloyd is not afraid to explore her visions. 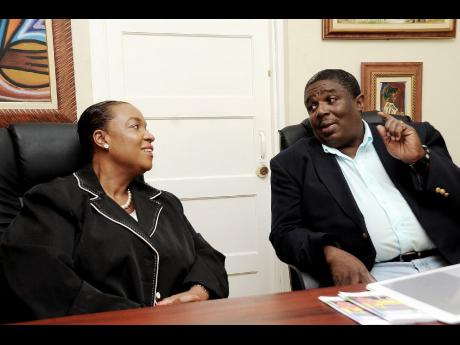 Jacqueline Coke-Lloyd and husband Evon during the interview. - photos by Ian Allen/Photographer
1
2

Exploring a vision is something Jacqueline Coke-Lloyd isn't afraid to do.

The former chief executive officer of the Jamaica Employers' Federation (JEF) wants to contribute to the wider society with a company that allows businesses and individuals to make their mark.

"No time is ever wrong. It is what you do with it," said Coke-Lloyd, who is managing director of Make Your Mark Consultants (MYMC).

She officially stepped down from the JEF in 2008 to spend time with her family. She is married with three children. In January this year, she decided to take the plunge and start her own business. A Christian, she said she dreamt one night that she should establish the company, with this particular name.

This was not the first time she considered starting her own business. She was voted most likely to start her own business while she attended Belair High School in Mandeville, Manchester. The dream made her know it was the right time.

Eyebrows were raised when she decided to make this move, considering the present economic climate, but she is not perturbed.

"When a difficult situation arises solutions are needed," she said and that's what she hopes to provide through her company. Solutions.

Through her company she hopes to help businesses identify their purpose.

"Purpose is not profit. It is profit and development because a company cannot exist in a dysfunctional environment," she said. So there must be an emphasis on development of the workforce.

With more than 25 years of experience in the corporate world, with expertise in general management, human resource management and industrial relations, she is poised to execute her vision.

"Business and Jamaica will not survive without the right cadre of workers," she said. Ensuring that the youth are properly trained and ready for the world of work with professional and social skills, is imperative.

While at the JEF she lead the establishment of the Youth Employment Network in Jamaica and the Caribbean. She also formed the Young Entrepreneurs Association of Jamaica.

Last year, she organised a summer camp with 70 youth between 13 to 18 years old at the University of Technology, called Make Your Mark. "It was surprising. I had 70 per cent boys. It also shows me that parents are taking an interest in their boys," she said.

She said boys should not be performing inadequately in academics.

"It comes straight into business," she said, and oftentimes there is a disconnect between the issues that are taking place in the family, society and church with what is going on in business.

"And what happens, if we don't have functional individuals, the prime minister and minister of finance will always have grey hairs."

She believes the education system needs some help. Teachers, she said, are one of the most important influences on children, even more so than their parents because of the time spent with them. Teachers took charge in former times, with fewer resources and less-than-ideal infrastructure.

"Clearly, whatever has changed, it has something to do with the quality and methodology," she said.

She believes a little help will do us good.

"Bring in master teachers (from overseas) to help us in the areas we are weak," she said, citing the primary weak areas as mathematics and English language skills in students.

Evon Lloyd, her husband, a director at the company, and a former teacher, believes there is something to be gained from this.

"Recruiting master teachers is nothing new. It's actually healthy," Lloyd said, explaining that it allows students to understand different cultures, accents and may even expose them to other languages, which allows them to exist in the global environment.

"I'm seeing a change, but we're so far behind, we are going to take a while to catch up," Coke-Lloyd said.

Not completely submerging herself in work, Coke-Lloyd said she organises her time to ensure she is fully involved in her children's lives, especially her eight-year-old.