He kept in touch! 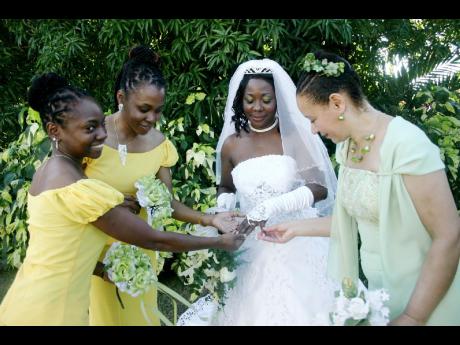 Helon Bent's ring is admired by members of the bridal party. - Contributed photos 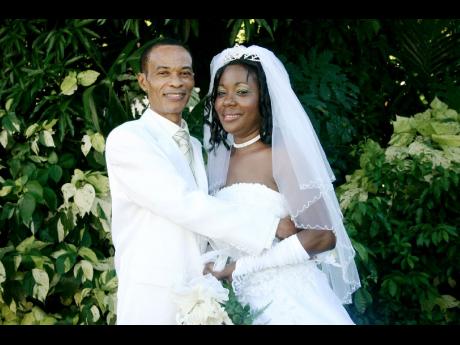 Cleophas Fray and Helon Bent on their memorable wedding day.
1
2

Cleophas Fray was introduced briefly to Helon Bent in 2003 by her mother, during a vacation from the United Kingdom. However, the couple did not keep in touch but Cleophas had maintained an interest and would visit Helon's mother periodically to get an update about her.

In April 2008, the couple met up again through fate and prayers, Cleophas then declared his intentions and by December 2008, the couple got engaged. The couple got married on the anniversary of their engagement on the December 5, 2009 at the Runaway Bay Heart Hotel. Close friends and family from overseas alsoturned up to witness the happy event.