It was meant to be 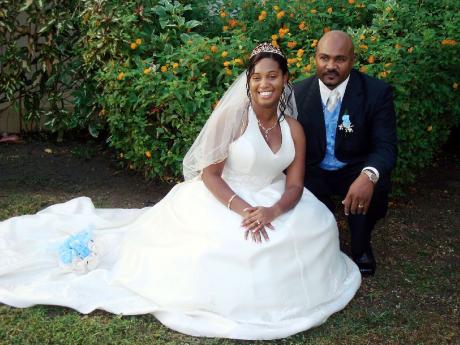 After more than half a decade together, Ingrid Tomlinson and Richard Forsythe made it 'forever'. They had a very Merry Christmas, exchanging wedding vows on December 23 in the gardens at the Registrar General's Department, Twickenham Park. The couple honeymooned in Miami. - Contributed 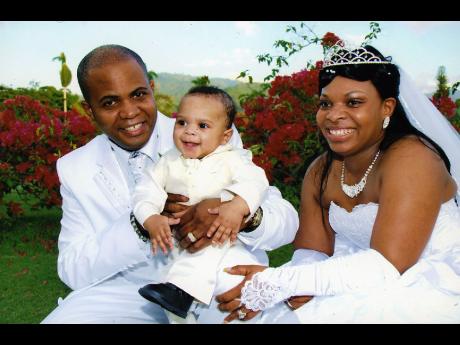 The lovely couple, Oswald and Kemice Thompson sharing a happy moment with son Koneil on their wedding day. 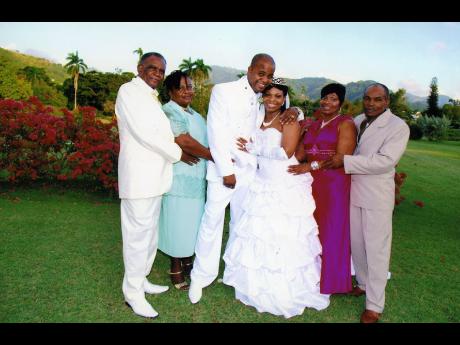 The beautiful couple, Kemice and Oswald Thompson (centre) are showered with love by the proud parents of the bride, Veronica Pomells (second right) and Novesta Brown (right), and parents of the groom, Winston Thompson (left) and Yasmine Gardener (second left). 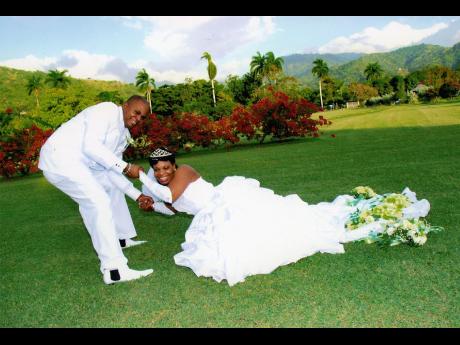 Kemice and Oswald Thompson having some fun. - Contributed 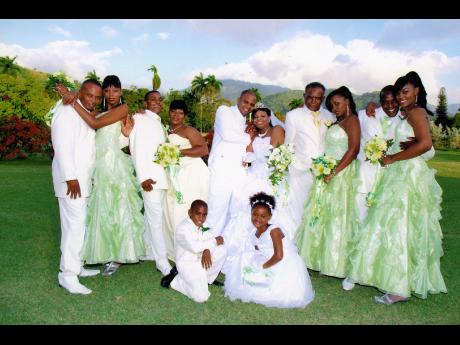 It was love at first sight when Oswald Thompson met Kemice Brown, and their love came into full bloom when they tied the knot on January 9 at Cecille Bridal Centre, Lancaster Avenue in St Andrew. The officiating minister was Pastor Canut McDaniel.

Brown is the daughter of Veronica Pomells and Novesta Brown. She manages properties at Residential Management in London. Thompson is the son of Yasmine Gardener and Winston Thompson. He operates his own barber and hair salon in London.

The couple, who are both Jamaicans living in London, met at a night club in October 2007. They chatted and had some fun for the night but walked away without exchanging contacts. Thompson felt a bit upset with himself that he did not take her number. But as fate would have it, he saw her the following day.

"I was waiting for my bus when a car drove up beside me, the person asked me if I wanted a lift and to my surprise it was Oswald. So I took his offer," said Brown.

The couple became friends and would hang out a lot. Within a month, their relationship spiralled into something more intimate. The two were like birds of a feather and enjoyed each other's company. Brown said she recalls that one day, as they were driving to the country, Thompson began singing her a love song he made up to the rhythm of "Oh Carol" but added his own spin on it. " And to my surprise, he sang the same song for me at our wedding."

A year after the couple had been dating, Thompson came to the realisation that Brown was the woman he wanted to spend the rest of his life with. Therefore, he asked her to marry him. With their relatives living in Jamaica, they decided to get married on the island.

With bridesmaids all dolled up in mint-green gowns and groomsmen sporting cream suits, the happy bride and her groom sealed their vows among friends and family.

Businessman Errol Ricardo Crossley and accountant Jacqueline Swaby decided that they would not allow the new year to find them apart. On December 31, they said their 'I dos' before friends and family in a garden at Tropical Elegance on Cunningham Avenue.

The ceremony was officiated by civil registrar Silvera Castro.