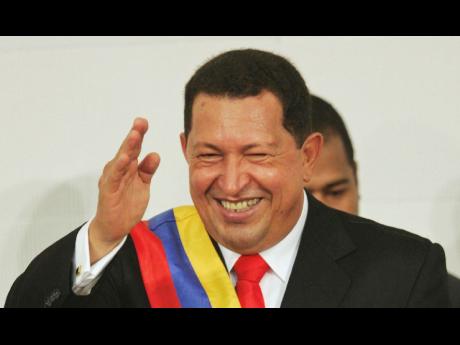 A Venezuelan website that was accused by President Hugo Chávez of spreading false reports of killings said yesterday the government was trying to restrict criticism, but announced it had banned the visitors who posted the inaccurate rumours.

Chávez accused Noticiero Digital, a website popular among the president's opponents, of falsely reporting that two of his close political allies had been assassinated, and he called for regulation of the Internet, specifically urging prosecutors to act against the Web site.

"The Internet can't be something free where anything can be done and said. No, every country has to impose its rules and regulations," Chávez said in a televised speech on Saturday.

Noticiero Digital responded yesterday, posting a statement that Chávez's comments are "a serious threat against freedom of expression, threats that are becoming increasingly frequent in Venezuela, affecting radio stations, the press and now, Internet."

Chávez and his allies have become increasingly critical in recent weeks of social networking sites such as Twitter and Facebook, saying adversaries are using them to slander public officials and deceive the public.

Noticiero Digital conceded that the posts that Chávez singled out contained "false rumours" and it announced the website "is taking measures so that these types of incidents do not occur again".

Noticiero Digital said it "doesn't practise prior censorship" of comments posted by visitors, but removes posts that it considers inaccurate or irresponsible. The posts that Chávez referred to were yanked from the site hours after they were posted, and the authors of the statements were permanently barred from the site, it said.

The website noted that its guests are warned that they are liable for their statements, and denied responsibility for comments made by visitors.

Venezuela's government revoked the licences of 34 radio stations last year, saying some failed to update their registrations or allowed their concessions to expire while others held licences granted to an operator now deceased. Human Rights groups have accused Chávez of trying to stifle dissent.