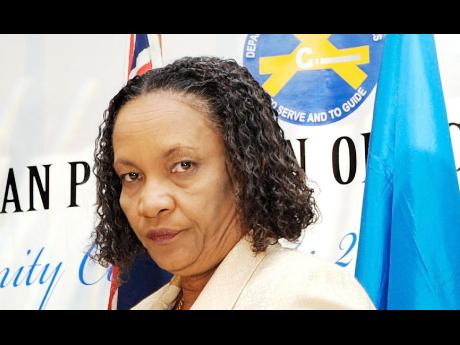 Transfer looms as Armadale disgrace comes back to haunt Spence-Jarrett

Weeks after a scathing report on the Armadale fire tragedy surfaced, embattled Commissioner of Corrections June Spence-Jarrett has been summoned before the Public Service Commission (PSC).

Highly placed Gleaner sources suggest that the commission will announce that Spence-Jarrett is to be transferred to another section of Government after today's meeting.

Spence-Jarrett's dilemma comes in the wake of thunderous public outcry at the findings of an enquiry into the May 22, 2009 fire at the Armadale Juvenile Correctional Centre which claimed the lives of seven wards of the State.

Today's meeting has been convened only days after the public was told that the report of the Armadale enquiry had been placed squarely into the hands of the PSC for it to "take action" against recalcitrant public servants.

The source stressed that Spence-Jarrett has neither resigned her job nor has any intention to do so.

Spence-Jarrett has maintained a staunch silence in response to deafening demands for her to be axed from the Department of Correctional Services when the contents of the report were leaked.

Calls for her head

Although, it is not within the Government's purview to hire or fire public servants, human-rights advocates have been pressing the Golding administration to toss Spence-Jarrett overboard.

Led by the vociferous Jamaicans for Justice, Spence-Jarrett's detractors complained that the authorities have been tardy in acting and criticised the Government for focusing on a leak probe rather than the condemnatory contents of the report.

The Ministry of National Security said late last week that Prime Minister Bruce Golding had instructed that the Armadale enquiry report be referred to the PSC for action to be taken against three public servants who had been found negligent.

The sole commissioner, retired Justice Paul Harrison, said the administrators of the national security ministry, members of the Department of Correctional Services and the police must shoulder blame for the tragedy.

Four members of the Jamaica Constabulary Force have already been interdicted by the Police High Command in connection with the incident.

Last week, the Government confirmed initial Gleaner reports that the security ministry's permanent secretary, Major Richard Reese, who was the immediate predecessor to Spence-Jarrett, was transferred to the Local Government Division in the Office of the Prime Minister.

Confirming initial Gleaner reports, the Ministry of National Security hinted that action was taken against Reese because of the Armadale debacle.

It said while it was the prerogative of the PSC to discipline its members, under Section 126 of the Constitution, the prime minister has the authority to transfer permanent secretaries.

The national security ministry stressed that the prime minister has no authority to transfer any other public officer or use any other sanction.