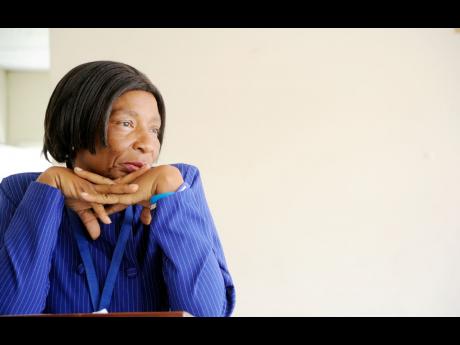 As Cabinet meets today, nurses not backing down

Despite concerns that registered nurses might take industrial action in response to perceived foot-dragging of the Government on salary payments and a reclassification exercise, Nurses' Association of Jamaica (NAJ) President Edith Allwood-Anderson has sought to assure the nation that a course of action has not yet been decided.

"I don't know about that and I don't know who said anything like that," Allwood-Anderson told The Gleaner yesterday in reference to strikes.

The NAJ, which expressed displeasure with negotiations during a meeting with Labour Minister Pearnel Charles, Health Minister Rudyard Spencer and minister of state in the Ministry of Finance and the Public Service, Senator Arthur Williams, on Friday threatened, before walking out, to shut down the health sector.

At that time, Charles had vowed to use all legal avenues to protect the country.

"The country has laws that protect the rest of us ... . If they take action, the injunction can be extended or we can find other ways of running the hospitals," he told The Gleaner last Friday.

A 14-day injunction, which ends today, was issued for the nurses following a rash of sick-outs as they protested the Government's failure to implement a salary reclassification.

But Allwood-Anderson said whatever actions the nurses would take will be decided during an extraordinary general meeting scheduled for today to discuss Friday's talks with the Government.

Allwood-Anderson did not, however, dismiss grinding the health sector to a halt to press the nurses' claims.

"We have to discuss it among ourselves and decide on what we will be doing," she said. "I think the nurses have gotten enough runaround, so it is time for us to be strong."

In the meantime, Charles said he would be bringing the nurses' dispute to the attention of the Cabinet today.

"It will be brought to the Cabinet's attention that the nurses refused to continue the discussion on the negotiation at the Ministry of Labour and they want to go back to the local level to the minister of finance (Audley Shaw) and the prime minister (Bruce Golding)," he told The Gleaner yesterday.

Charles said the nurses would be called to another meeting on April 9 about the outstanding funds owed them.

Nurses have become more agitated since the Government announced last week it would not be able to pay, this month, the more than $1 billion owed to them.