Another side of the 'Dudus' affair 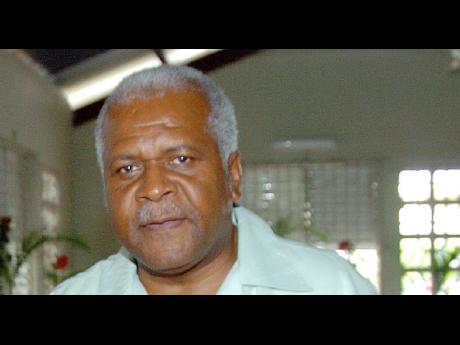 The following is the full text of Reverend Al Miller's letter to The Gleaner on the Christopher 'Dudus' Coke extradition case.

A successful life must be lived by a commitment to values and principles and not by preferences or emotional responses.

Let us not panic over what the United States or others may do; let us choose to do right. They too must do justly, and if not, we must guide them.

Fear for our 'skin' must not override the 'principle of justice'. No matter what the US may do, let justice reign; there is a just God who will defend us when we stand for justice as a principle. We must all guard against allowing intimidation and fear to grip us to the extent that we sacrifice right principles and justice for personal safety. It is this view that has allowed the 'donmanship and extortion' culture to dominate our nation. Let us not perpetuate it in any form but rather have the courage to correct it.

This national crisis has created another opportunity to tackle the monster that has been strangling the nation for years. Our major problem is not the extradition of 'Dudus', but the conditions that have created and permitted a 'Dudus' and all that is perceived that he represents to flourish. There is a human tendency to ship away the problems we create rather than deal with them. This is precisely what the US and Britain have done with their 'deportee' policy; let us not be guilty of the same practices. Why do they deport our citizens? It is upon the principle that the country deals with its problem citizens. The principle is applied when it suits them.

The biblical principle, as I observe it, is that a citizen should be judged by their 'own' nation and not be given to another, particularly if they are domiciled in their own country. What a strong principled nation should be saying to the US and the rest of the world is, 'if a citizen has done wrong, give us the evidence and he/she will be dealt with appropriately to maintain the principle of justice'. No nation should make it necessary for another nation to judge its citizens domiciled within its borders. Interesting to note, I have discovered that Mr Coke has not been to the US since as a child. All accusations against him are alleged to have taken place whilst he is in Jamaica.

Crime committed anywhere is an attack on the principle of law, order and justice; hence it is against us all, regardless of where the offender is domiciled. However, in our desire for justice we cannot act unjustly. No society can afford unjust justice. We cannot break the law to obey the law. Every citizen must be assured justice and the observation of their Constitutional rights, even when they have done wrong. We cannot wrongly address their wrong. The principle of justice and justice only must govern our actions. The first responsibility of the Government is to ensure justice for all.

How does this apply in the Dudus scenario? Yes, it is possible that social and political considerations are involved; but we must rise above that, and stand only on principle if we are to act justly. The prime minister has clearly stated the known violation of the Jamaican law that impinges on the constitutional right of a citizen. As PM and Government (which includes the Opposition), it is their responsibility to uphold justice for each citizen; not to do so would be criminal, unjust and make them untrustworthy leaders.

We ought not, on this point, vilify the PM, by narrow thinking rooted in our fears or partisan outlook. We should commend his courage to stand, and pray that it is an indication of his heart's commitment to 'principle', which will always protect and be directed to all citizens, regardless of colour, politics or station in life. Let us not assume motive to the principled position of the PM. If his heart is not pure, time will reveal.

Let us as a nation take the opportunity to responsibly tackle and overcome the root that has created Dudus, 'Bulbie', 'Andem', among others. Crime and violence, 'garrisonisation', 'donmanship', tribalism, etc. are not difficult to deal with as many would have us believe, if there is the strong will. All of the above can be brought under control in short order. Nothing is difficult when you know how and have the authority to act.

Our problems continue because those with the authority either do not know how, or often lack the will and/or humility to ask for help. Let us not allow the Christopher Coke extradition to further divide us, but to look at ourselves and galvanise around a 'cause', a common enemy to fight - 'negative international perception'. Let us unite and show the world who we really are as Jamaicans.

Let us not allow the Christopher Coke extradition to further divide us, but to look at ourselves and galvanise around a 'cause', a common enemy to fight - 'negative international perception'.