Windies finish with a flourish 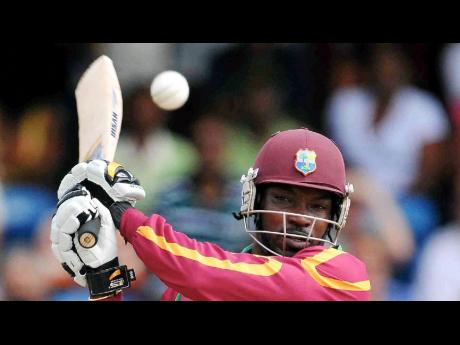 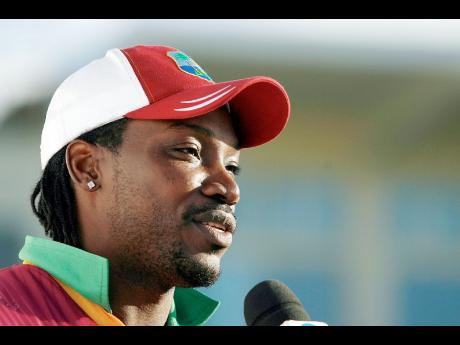 Their bowlers, led by Darren Sammy and Ravi Rampaul, set them up again and their batsmen carried West Indies to a four-wicket over Zimbabwe after a stumble in the fifth and final one-day international yesterday.

Chasing a modest 162 for victory from their allocation of 50 overs, West Indies hit the jackpot with 134 balls to spare, when Denesh Ramdin pulled a short delivery from leg-spinner Timycen Maruma through mid-wicket for his only boundary in 21 not out.

West Indies captain Chris Gayle led the way with eight fours and two sixes in 63 from 41 balls to earn the Man-of-the-Match award, which made him a shoo-in for he Man-of-the-Series award; and Kieron Pollard struck three fours and three sixes in 36 from 20 to formalise a 4-1 series victory for the home team.

It meant that a series which started in much gloom, after they lost the first ODI by two runs at the Guyana National Stadium on March 4, ended on a promising note, having rebounded to capture the next four ODIs.

West Indies won the second ODI last Sunday by four wickets at the Guyana National Stadium; the third ODI last Wednesday by 141 runs at the Arnos Vale Sports Complex here; and the fourth ODI by four wickets last Friday, also at this venue.

The result also meant that West Indies have never lost an ODI series contested between the two sides.

West Indies' previous significant ODI series victory came two years ago, when they prevailed over Sri Lanka 2-0 in a three-match rubber in the Caribbean.

Their previous ODI series victory against any opposition under any format came in the same year, when they won all three matches in a three-nation series with Canada and Bermuda in Toronto.

Darren Sammy and Ravi Rampaul shared five wickets between them and helped West Indies restrict Zimbabwe to 161 from their 50 overs.

Sammy was the most successful West Indies bowler with three wickets for 33 runs from his allotted 10 overs, and Rampaul supported with two for 24 from his 10 overs to undermine Zimbabwe's batting, after they were sent in to bat on a hard, true pitch.

The two West Indies medium-fast bowlers had Zimbabwe reeling on 63 for six until Charles Coventry, playing for the first time in the series, hit the top score of 56 from 88 balls, and put some beef on the visitors' total in a stand of 57 for the seventh wicket with Greg Lamb.

West Indies started their chase confidently, but Adrian Barath fell in the fifth over, lbw to Elton Chigumbura for 14.

West Indies captain Chris Gayle then went on the rampage and dominated a second-wicket stand of 76 with Darren Bravo, before he lofted a delivery from his opposite number Prosper Utseya, bowling off-spin, and was caught at long-off.

But Pollard entered and hastened West Indies nearer to the target before he too, committed batting suicide, and was caught at long-on off Ray Price before Ramdin sealed the result.

It's been two, long hard years since West Indies won a one-day international series against any opposition under any format.

This is why Chris Gayle has placed some value on West Indies' one-day international series victory over Zimbabwe, and is finding it hard to admit that his side was pretty unconvincing in winning four of the five matches.

"It's been a long time since we last won a series and it feels really, really good to have achieved this," said Gayle, whose 63 from 41 balls put his on course for victory yesterday.

"It has been an entire team effort because we started really badly, when we lost the first ODI. But, for the guys to have bounced back and win the series 4-1 was a tremendous effort, and I must commend them for the way they went about it."

Gayle added: "Hopefully, we can continue (in the winning) vein. We have the Twenty20 World Cup coming up and a home series against South Africa.

"We will have camps put in place and these sorts of things, ahead of those series, so hopefully it will all bear fruit and be wonderful for us, and we'll have some good results."

But, the West Indies batting failed to ease concerns about the durability, as Zimbabwe's spin bowlers exploited helpful conditions to make life difficult for them throughout the series.

"We have to take a close look at our batting because we want to win games more convincingly and consistently, but a win is a win," said Gayle.

"We still have a lot of work to do on our batting. We have to try and not to lose wickets in bunches the way we do now, but it is something we have been discussing, and trying to get out of our system."

He said: "We also have to say, 'well done', to Zimbabwe because they put out a good effort in the first couple of matches in the series and then they lost some of the momentum.

"We want to thank them for the challenge that they presented to us throughout this series and we will be looking to use the experience to grow from here."

Zimbabwe captain Prosper Utseya admitted small targets are never easy to defend and the batting is also his side's weakness.

"There were not enough runs on the board for us to be competitive," he said.

"We have been letting ourselves down terribly with our batting, but our bowlers have been bowling their hearts out throughout the series."

He said: "We have to go back home and work very hard on our batting. It is important for the guys to take some lessons out of this series."