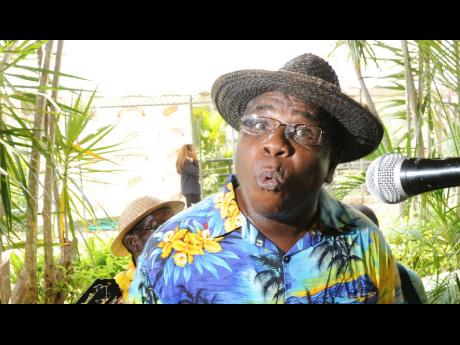 Ralph Lindsay of the Energy Plus Mento Group performs at the launch of Professional Golf Association (LPGA)-sanctioned Mojo 6 Golf Tournament.. 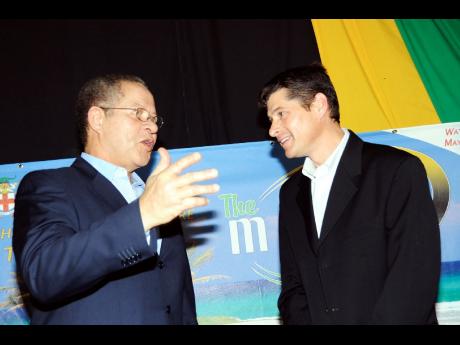 After a long absence international golf will return to Jamaica and the Caribbean with the hosting of the inaugural Ladies Professional Golf Association (LPGA)-sanctioned Mojo 6 Golf Tournament.

The event, which will attract 16 of the world's top women golfers, including the top-six Rolex World Golf Rankings players, all of whom compete on the LPGA circuit, will be held between April 13-16 at the Cinnamon Hill Golf Course in Montego Bay.

"The Mojo 6 is an ideal platform to bring women's professional golf back to Jamaica after a 20-year break and it comes at a time when we are strengthening our sports tourism product," said Sports Minister, Olivia 'Babsy' Grange, at the event's launch, which took place at the Caymanas Golf and Country Club yesterday.

"We want people to come to Jamaica for our beauty and sun and our culture and for thrilling sports experiences," she added.

The event, which will be the first of its kind, will be played under a new 'Raceway Golf' format, which includes arena-style made-for-TV type execution, designed to attract new viewers and interest in the sport.

The tournament, which will be recorded and shown on CBS in the United States to an estimated one million households two weeks after, will offer a prize purse of US$1 million.

"I am pleased that golf will be returning to Jamaica," said Prime Minister Bruce Golding, who along with tournament organiser, swimming Olympian Glenn 'Ed' Moses, and LPGA vice-president, Eric Albrecht, also made presentations at the launch.

"What the tournament will do for Jamaica is immeasurable given the kind of exposure that it will bring. It is invaluable and will strategically place Jamaica in the sports tourism landscape," Golding added.

Top-ranked LPGA players Paula Creamer, Anna Nordqvist, Yani Tseng, Christina Kim and Suzann Petterson, are some of the players who will participate in the tournament.

"I'm honoured to be intivited and look forward to participating in the the Mojo 6 in Jamaica," Creamer said in a press release.

"Not only is this exciting for the players, who will have the opportunity to select their competitors in a unique, head-to-head format, but it will bring added excitement for both new and avid golf fans."