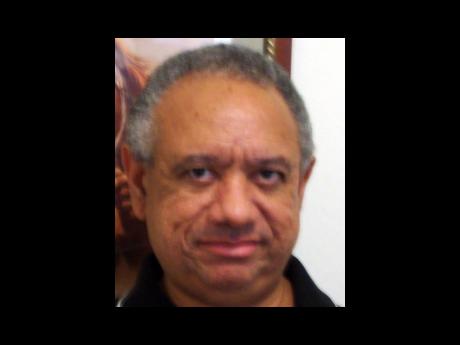 As usual, the Beast had no partner for the Saturday afternoon domino game. Autry and I drove around looking for a fourth while The Beast waited outside Gene's home.

I sheepishly expressed concern for The Beast waiting in his hot car. "Let The Beast boil!!" Autry growled his favourite mantra, impatient at having to find a fourth. "We'll eat him for dinner!!" Finally, Poop (named after one embarrassing moment in class) was tracked down, cornered and persuaded to play. We lost the first game and, after the losers' shuffle accompanied by the obligatory derision ("Gene, you wearing glasses; you muss'e bright. You score; mek Gahd'n shuffle"), Poop, not a regular player, with domino poised in his hand; arm raised; demanded, "Me, p, me!!"

Autry gave him a stern look, "What you mean 'me'?"

"How come? You have double six?"

"Where you get that from?" Autry was mortified. "This is my house and house rules are double six the first game and, after, the holder of double six pose."

Poop was forced to bow to home-field entitlement.

In life, as in dominoes, it's always the home team making the rules and outsiders must grin and bear it, regardless of how much support the perception of corruption thereby gains. It's this same ritual that dominates the legal profession and colours the perspective of some of its leading lights, including Jacqueline Samuels-Brown. A recent Gleaner report headlined 'Legal profession not corrupt' included:

"The Jamaican Bar Association is insisting that the number of complaints being made against lawyers is not an indication of a rotten profession.

The annual report of the General Legal Council (GLC) for 2008-2009 states that at the beginning of this fiscal year, there were 409 pending complaints, as well as an additional 128 new complaints ... filed against attorneys-at-law ... .

"During the last fiscal year, orders were made against nine attorneys who were found guilty of professional misconduct, and the names of three lawyers were struck off the GLC roll."

Yet, the same legal profession is often quick to condemn the police force as "corrupt" based on the number of reports made by persons of uncertain pedigree and motive jumping up and down in front of cooperative TV cameras screaming, "We want justice!!" How many policemen have been convicted? Did a lack of a conviction change anybody's opinion, one way or the other, as to what happened at Braeton?

Don't get me wrong, I too believe that the police force is corrupt and have warned the Oscar-nominated acting commish that there can be no crime plan until he has de-corrupted the force. Based on recent reports from Munster Road, I'm about to write anew to that Hollywood star using my favourite four words "I told you so", and I won't be awaiting any courthouse conviction to do it. However, I differ from Samuels-Brown in that I'm not prepared to come to a contrary conclusion regarding the legal profession simply because there are 'only' nine guilty verdicts in one year.

First, nine guilty (three struck off) in one year is too many in a system based on a 'beyond reasonable doubt' standard that mandates 1,000 guilty persons be acquitted before one innocent is convicted. In another arena, three strikes means you're out! Second, at least convicted policemen are tried by an independent judiciary.

The same legal profession that cries out for an independent body to investigate police corruption promotes a General Legal Council's Disciplinary Tribunal manned by practising lawyers as citizens' protection against misconduct. By this masterstroke, we alienate both complainants, who see the process as incestuous, and accused lawyers who see themselves as judged by their competitors. Where's the justice in that process? Several lawyers recently rushed to court, ostensibly to prevent Boyd Carey from being a judge in his own cause. Do they have mirrors?

The policeman's duty is statutory but lawyers' duties are more deep-rooted and demand the utmost good faith (fiduciary).

After nine confirmed breaches and three strikes, in whom should Jamaica have faith that the legal profession isn't corrupt? Itself? The Bar Association representing it? The GLC, controlled by lawyers, with 409 complaints pending? Who?

Gordon Robinson is an attorney-at-law.Feedback may be sent to columns@gleanerjm.com.