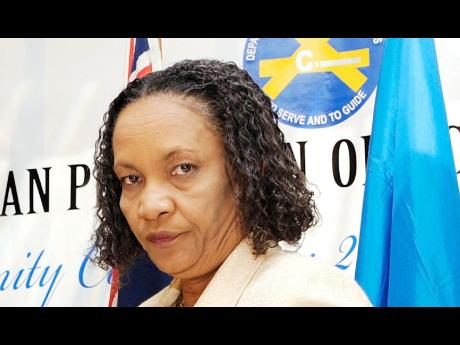 MINISTER OF National Security Dwight Nelson said late yesterday that the Public Service Commission (PSC) had reached a decision on the fate of beleaguered Commissioner of Corrections June Spence-Jarrett, following a meeting yesterday.

After facing mounting public pressure for nearly three weeks, Spence-Jarrett faced the PSC and has been informed of the decision of the PSC.

The Gleaner reported yesterday that Spence-Jarrett's proposed meeting with the commission followed deafening calls for her to be removed from that post.

Late yesterday, Nelson confirmed that a decision had been reached, but would not elaborate.

Nelson, who spoke with the chairman of the PSC after an all-day Cabinet meeting, told The Gleaner that an announcement would be forthcoming soon.

But The Gleaner understands that Spence-Jarrett has been relieved of the job she has held for nearly two years and is likely to be transferred to another section of Government.

This comes nearly two weeks after the release of a damning report on the fire at the Armadale Juvenile Correctional Centre, which claimed the lives of seven girls.

The report of sole commissioner Justice Paul Harrison blamed administrators of the National Security Ministry, and members of the Department of Correc-tional Services, and the police.

Four police officers have since been inter-dicted by the Police High Command.

The Permanent Secre-tary in the Ministry of National Security, Major Richard Reece, a former commissioner of corrections, was transferred to the Local Government Division in the Office of the Prime Minister. His transfer took effect yesterday.