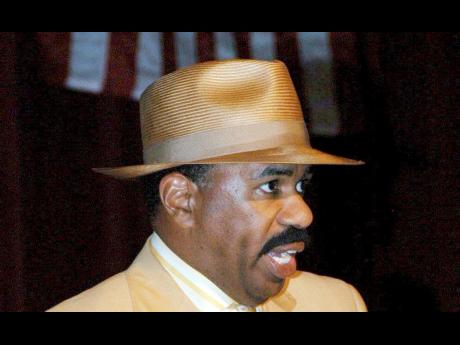 THE MAJESTY Gardens Basic School in southwest St Andrew has received well-needed assistance from the Steve Harvey Foundation, which presented the institution with a cheque for just over $1 million last Friday.

Speaking at the handover on the grounds of the Majesty Gardens Basic School, Andrew Holness, minister of education, said the institution could easily be classified as a model one.

According to the minister, the school showed that the Church, parents and community had a special interest in the facilities and in education.

He said the foundation had continued to lend its support to the school because previous donations had been put to good use.

He said the ministry's job in the equation was to make the connection between persons and entities that want to give, and schools that would make the best use of these gifts.

Holness explained that this was why the Government had created the National Education Trust, which is to make connections with Jamaicans in the diaspora who want to give back to their communities.

"We are setting up this trust, so that if you can give $20 or $20 million, there is an institution that you can have confidence, in that, if you give them the money, they will make sure that what you intended the money to be used for, that you will get that and more," he said.

Member of Parliament for South West St Andrew and Leader of the Opposition, Portia Simpson Miller, welcomed the donation.