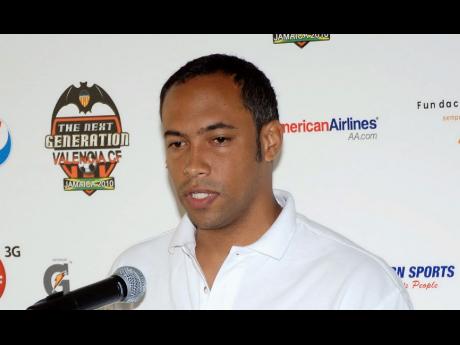 Andre Virtue, a founding member of the Next Generation Pro Baller Easter Football Camp, said he was impressed by the skill level, but expressed concerns about the attitude of youngsters who are looking to earn a training camp spot at Valencia, one of the top football clubs in Spain.

"I have seen a lot of abilities here, but what I am concerned about is their whole professional attitude towards the game," said Virtue, the camp's technical director.

"We want to showcase the best that we have at the Valencia camp and so we will be looking for those players who possess the ability, attitude and the tactical awareness while they are out there playing," he said.

Over 55 youngsters from the Corporate Area turned up on Saturday at the Liberty Academy on Hope Road to display their skills with the hope of being selected for one of five spots to attend the Next Generation Pro Baller Easter Football Camp, which will be held from March 28 to April 1, at Sabina Park in Kingston.

The camp was the first in a series which will be staged across the island to select 100 youngsters for a camp that will be held by the Valencia coaching staff.

"I am pleased with what I have seen because it is also an opportunity to talk to the players and let them know that the professional level requires a different level of attitude," noted Virtue.

The camp is the brainchild of Spanish national Victor Salazar-Chang, who has been residing in Jamaica for 20 years and owns Taino Trade and Investments Limited.

His has entered into a three-year contract with Valencia Football Club, from which 10 youngsters will eventually be drafted to go and practise with the Spanish giants at the club base in Valencia.

A second trial for the Western Confederation was held yesterday at the Urban Development Corporation playing field in Montego Bay.