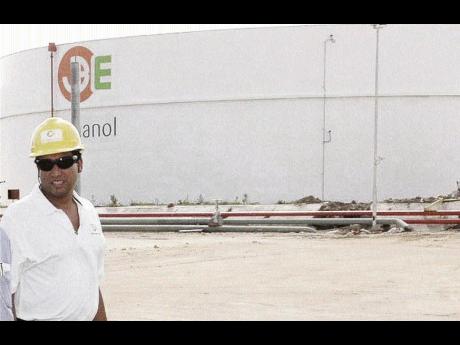 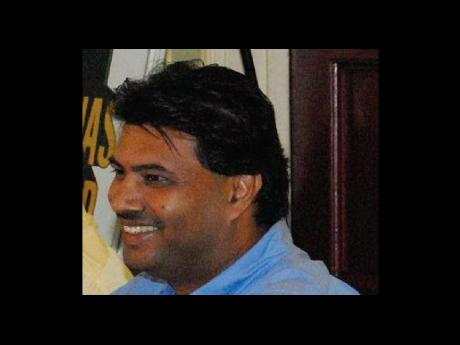 Jamaica Broilers Group Limited (JBG) ethanol sales have plunged to half the levels of a year ago, truncating sales by $4 billion - a result of erratic demand.

JBG attributes the performance of energy revenue from subsidiary JB Ethanol Limited to the structure of the contracts it has with buyers of its fuel-grade anhydrous product, saying sales perform according to monthly orders.

"JB Ethanol has multiple contracts for processing ethanol for third-party customers. These customers have an option to process or not to process on a month-by-month basis. As a result of high prices for raw material - hydrous alcohol - in Brazil during the sugar cane inter-crop season of the main sugar producing region, the third party customers executed less processing in quarter three than quarter two," said Ian Parsard, vice-president of finance and energy at Jamaica Broilers.

The company formerly sourced wet alcohol for processing, but now its customers supply the raw material which it is contracted to process for a fee.

The system has produced erratic turnover for energy income, but has proved to be lucrative for Broilers, whose core business is poultry.

The 122 per cent plunge in sales, notwithstanding, Broilers grew profit in the segment from $399 million a year to $760 million in the current period, to position ethanol on top in group contribution to operations - outstripping the poultry segment's $718 million and feed and farm supplies at $593 million - and strengthening its operating margins on ethanol from five per cent to 23 per cent.

Parsard attributes the profit performance to terms written in the contract that allows compensation for the company for erratic orders.

"The customers who contract for processing take the market risks, and so they will execute processing when it makes good business sense. JB Ethanol will endeavour to negotiate the best terms for remuneration, if the customers exercise their option not to process," he said.

The company sells ethanol both locally and overseas but declined to identify its partners.

"We do from time sell into the local market but that is not our primary target. Typically, we try to put ourselves in a position that say if Petrojam needs them we will sell or to any one on the local market," said Parsard.

"Our customers in the United States are many and varied. We sell to oil companies, companies that blend gasoline, to brokers who on sell to the final users, and so it's a mixed customer base."

The contracts are written at fixed volumes, according to Parsard, but the pace at which the orders are filled is determined by the customer through supply of the feedstock. If the customer chooses not to place an order for one of the agreed periods, then JBG negotiates compensation, Parsard said.

JBG's group revenue over the nine months amounted to $17.3 billion, or $2.4 billion less than the $19.7 billion of turnover in the previous year, with some of the fallout from ethanol countered by a $1.46 billion growth in poultry sales and a $1 billion increase for farm and feed.

But, the company, whose debts now amount to $2.1 billion, saw its financing charges starting to trend down in the third quarter, from $123 million to $109.5 million, partially attributed to a debt restructuring plan that increased its LIBOR-based funding to include a US$7 million general working capital loan from the Inter-American Investment Corporation secured last July.

"The main cost containment activities included a rationalisation of product offerings in the poultry segment, changes to more cost-effective packaging for poultry and increased utilisation of plant labour," he said.

JB entered the ethanol market in 2007, on completion of its first 60 million gallon plant at Port Esquivel in St Catherine, selling principally to the United States. Last year, the company added another 60 million gallons of capacity.

"The fact of having doubled the plant capacity to 120 million gallons is separate from the market realities which exist. The ethanol business, like most commodities, is subject to volatility in pricing," he said.

The price of ethanol has fallen from more than US$2 per gallon of two years ago to approximately US$1.50 now.