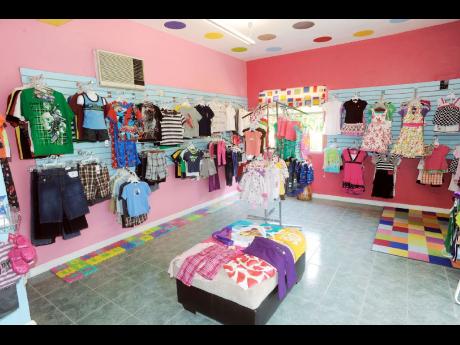 Inside the new kids clothing store at the Shields and Shields complex in Barbican. 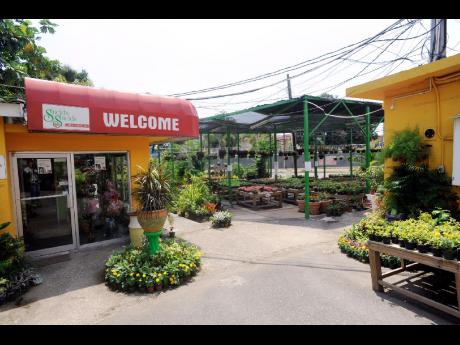 The Shields and Shields complex at the corner of Barbican Road and Russell Heights in St Andrew. - Photo by Ricardo Makyn/Staff Photographer
1
2

Shields and Shields, local retailer and producer of fresh cut flowers and plants, will be moving into wholesale vegetables starting around April, as the company seeks to recover from high costs and falling demand for imported flowers.

Geoffrey Shields, managing director of the Barbican-based company, located at the busy intersection at the entry to Russell Heights, said Shields and Shields will soon become a wholesale vegetable depot trading a range of table top produce.

The vegetable operation, grown on the company's 28.5-acre farm in Mason River, Clarendon, is costed at $20 million, to be funded from cash flows at a starting cost of $1 million, Shields said.

His wife, Karrin Shields, has also opened a children's clothing store, Arimani's, on the company's Barbican property. The couple is also set on opening a coffee shop at the locale, pending KSAC approval.

The children's store, described as a small project, was also funded from company resources.

"We had additional space and so we are maximising the things we sell and the use of the space we have," Shields said.

The store, which opened in February, was named for daughters Arriana and Amani.

Shields and Shields began operating in 1980, to become one of Jamaica's best-known supplier of flowers over the three decades.

The company specialises in fresh cut flowers, plants, grower supplies, floral décor and gifts. But, according to Geoffrey Shields, business was flat in 2009 compared to 2008. Sales began falling last June, and are now down by 30 per cent, said Shields, as import costs rose.

The decline in sales also coincided with an increase in the cost of doing business, resulting from price hikes by Colombian farms from which Shields buys plants, increased freight costs, new surcharges added to freight, and additional taxes on imports.

Shields said he is also for bracing for the new airport inspection fee that has increased from $1,000 to $10,000 for agriculture products, soon to go into effect.

"Importation is increasingly difficult and expensive," he said. "In a worldwide recession, markets are also shrinking even as prices increase."

By striking out into new territory, he not only plans to replace lost sales but to grow income by 100 per cent from all business lines, relying more on domestic assets to leverage earnings.

"Shields and Shields has decided that this has created an enormous opportunity for us because our focus and strength is on production. We are now busily expanding to produce all we can locally, and we have diversified the farm to include vegetables," said the horticulturalist.

"In addition to selling flowers and plants, we will be opening a wholesale vegetable depot in Barbican. We will have a Coronation Market at Barbican. We are going to produce 1,000 pounds of lettuce weekly to start, and 400 pounds of cabbage, sweet pepper and pak choi weekly."

Shields said that Mason River farm, located on a plateau in Clarendon, had been adversely affected by three successive hurricanes which blew down green-houses, but the beds with irrigation were left intact.

He sees opportunities in vege-tables for new market entrants, saying those products, too, are increasingly more expensive to import.

"Vegetables is a bigger business than flowers," Shields insists, though he also saw increased business on his locally grown plants during the downturn.