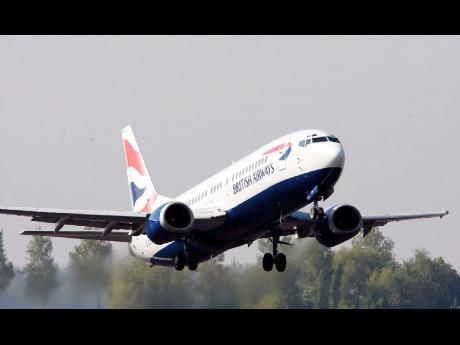 Contingency plans in place for some Caribbean routes

The planned seven days of strike action by British Airways (BA) workers is worrying hoteliers who foresee a potential loss of business, notwithstanding assurances from the carrier that it has contingency measures in place to service Caribbean routes.

BA cabin crew, represented by Unite Labour Union, plan to strike for three days, starting this Saturday, followed by another work stoppage for four days from March 27, to press their case for a better wage package.

The 12,000 workers and BA management are in dispute over a pay freeze and changes to working conditions.

The timing of the strike will affect Easter vacation travel.

The Caribbean Tourism Organisa-tion (CTO), based in Barbados, said it was encouraged by BA's assu-rances of contingency measures, but was still closely monitoring events, including markets for which plans were being finalised.

"Many of our CTO member-countries are, in fact, highly depen-dent on the UK market," the CTO said, noting for example, that 39 per cent of tourist arrivals to Barbados are from the United Kingdom.

The United Kingdom market represents 1.4 million visitors to the Caribbean annually, accounting for 25 per cent of all European travellers to the region and six per cent of all visitors, according to the CTO.

Based on BA's assurances, the CTO said there should be no disruptions to flights to Antigua; Barbados; Bermuda; Grenada; Kingston and Montego Bay, Jamaica; Punta Cana, Dominican Republic; St Kitts; St Lucia; and Trinidad and Tobago.

But, BA is still "considering its options for Nassau, The Bahamas; Grand Cayman, Cayman Islands and Providenciales, Turks and Caicos Islands," CTO said, adding that it has also been assured by BA that "it will do all that it can to protect the travel plans of its customers to the entire region".

British Prime Minister Gordon Brown has condemned the planned strike, with observers saying he is putting himself on a collision course with his main union backers weeks before an election.

Unite is the largest financial backer of Brown's Labour party and its political director, Charlie Whelan, was once Brown's spokesman.

The PM, who is battling to maintain Labour's 13-year-grip on power in general polls expected on May 6, said the airline strike should be cancelled.

"It's the wrong time, it's unjustified, it's deplorable, we should not have a strike. It's not in the company's interest, it's not in the workers' interest and it's certainly not in the national interest," Brown told BBC Radio.