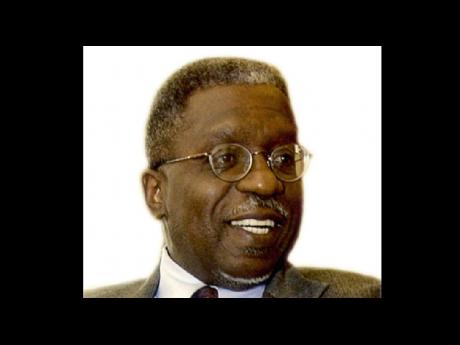 Ewart Williams, governor of the Central Bank of Trinidad and Tobago. - File

Williams proposes plan to stop the next big fallout

Characterising it as a regional failing, Trinidad's central bank chief Ewart Williams said the financial monitoring system, which he described as rudimentary, non-existent and fragmented in many Caribbean states, missed a number of weaknesses in the operations of the over-leveraged CL Financial group, leading to collapse.

"This is unfortunate since any robust analysis would have shown up a whole range of vulnerabilities in all of the financial institutions of the CLF conglomerate," said Williams, governor of the Central Bank of Trinidad and Tobago.

Some of the more glaring vulnerabilities, he said, was a mismatch between assets and liabilities, with mostly short-term liabilities paying above-market interest rates, backed by long-term assets, excessive leveraging of balance sheet assets, reducing their net value,a preponderance of inter-group transactions, the total absence of a risk management framework and inadequate capital.

Williams said these vulnerabilities were compounded by a weak legislative and regulatory infra-structure in which CLF was not subject to formal regulation, poor internal governance and insufficient regional regulatory collaboration.

"This was a potentially lethal combination, and when energy and real estate prices fell, triggering depositors and policyholders concerns about the state of the Groups finances, the inevitable happened," he said at a financial workshop in Port-of-Spain.

The collapse of CLF and its subsidiaries was felt regionally because of the conglomerate's size and reach.

"In effect, the crisis has involved not only Trinidad and Tobago with CLICO, British American, CLICO Investment Bank and CMMB," said Ewart, "but it has also touched Barbados, Guyana and Suriname that have Clico subsidiaries, as well as the OECS and the Bahamas which house BAICO insurance companies - all CLF subsidiaries."

The conglomerate was rescued by the Trinidad and Tobago Govern-ment in January 2009, and has so far pumped $2 billion into several of its companies.

In June 2009, government signed an agreement with CL Financial shareholders and directors to place the management and control of the assets of the company in the hands of a new board to save a number of its debt-burdened companies that were the subject of a memorandum of understanding (MOU) last January.

A government-majority board of directors, headed by Dr Shafeek Sultan-Khan, was appointed to restructure the indebted CLF and has also been carrying out a compre-hensive audit into its companies to determine the extent of its debt.

CLF, founded in 1993 by Trinidad-born entrepreneur Lawrence Duprey, held billions of dollars in assets in a portfolio of more than 60 companies in the Caribbean, Europe, the Middle East and Asia.

The MOU provides a package of financial support from the government with a number of conditions attached relating to the winding up of CIB and the rationalisation of assets and liabilities of CLICO and the British American Insurance Company (BAICO).

It requires that CL Financial dispose of its 55 per cent shareholdings in Republic Bank Limited, its 56.33 per cent in Methanol Holdings Limited (MHTL), Caribbean Money Market Brokers Limited and all or any other assets to repay the money the government will be providing during the restructuring.

Williams said based on the regional crisis, there is urgent need for all regional jurisdictions to strengthen national financial legislation and regulatory practices.

He has proposed that countries coordinate their efforts so as to reduce the risk of regulatory arbitrage, and build a structure that allows close collaboration among regional regulators who oversee cross-border institutions.

"There is a proposal for a college of regulators. It is important that this be up and running as quickly as possible," he said.

And he wants a national crisis-management plan created, detailing how regulatory authorities would

react in the event of a systemic financial crisis.

"Admittedly, the development of such a plan raises complex issues, not least of which is the vexing question of whether there should be institutions that are too big to fail," Ewart said.