'The Love List': Be careful what you wish for 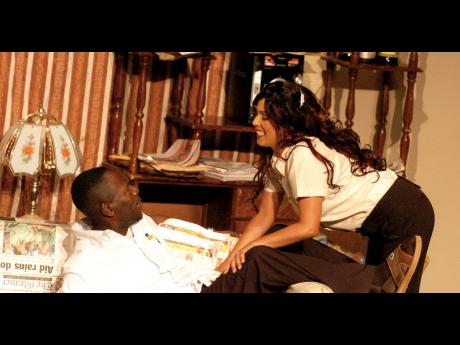 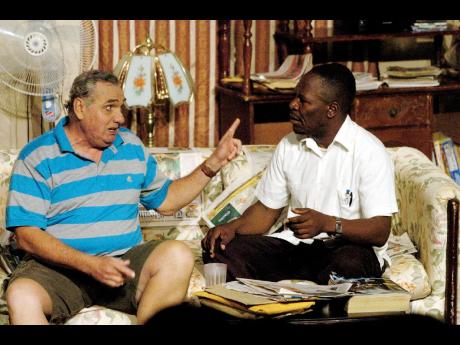 It has been an age-old declaration: 'Men do not understand women.' In spite of their common bond, there are indeed differences between the two genders. These differences not only include the obvious: the physical appearance and the biological make-up. There is also the most talked-about difference in what both genders want from their mates. This declaration may also be the nucleus for the assumption that there is a man's template on what the ideal woman should be.

But in the adapted version of Norm Foster's The Love List, directed by Pablo Hoilett, the reality is far from that general assumption. The psychoanalytical, philosophical production (playing at The Theatre Place) hilariously highlights the dilemma of one man, Bill, when he is presented with a woman, Justine, who displays his desired top-10 characteristics.

A journey of mystery

Spanning a week and some days, the story of The Love List begins with Leon (Munair Zacca), the writer, giving Bill (Clive Duncan), his statistician friend of 25 years, a 50th birthday gift: the opportunity to end his seven-year relationship drought by finding a mate for him through a 'reader woman'. But first Bill has to make a list of 10 of his preferred character traits in a woman. The result? Justine (played by Nadia Khan), a cosmetic marketing agent.

Her arrival takes the narrative on a journey of mystery, heightened suspense and a full dose of highbrow comedy; changing the course of what starts as a seemingly frivolous act to being a lesson in 'be careful what you wish for'.

The storyline of The Love List is new, the language easy to follow and the strong lenience towards naturalism makes the actions of the actors, the set and props refreshing, but there is one jarring flaw by Foster - there is far too much reporting on events as they happen.

Hoilett was brilliant in his directorial duties, for the most part. His movements of the actors helped to make the very wordy play come alive. This was evident in his positioning of the characters in the ideal spots for some very crucial lines. His choice of entrances and exits were sharp and clear.

However, in his role as set designer, Hoilett showed vulnerability. The setting of the entire story takes place in the home of Bill. The décor of the set captured Bill's single life style and obsession with his job. But Hoilett's placement of a door, stage right, which was only used in the second act of the two-act play, was disconcerting.

While the story includes Andrea, Leon's wife, and Bills ex-wife, Roxanne, and his colleague, Rachel, the cast comprised three actors, Zacca, Duncan and Khan. Khan was superb in her many faces of Justine. And her creation and sustainability of this symbolic character was remarkable, so was her diction and moderation of voice tone.

However, Zacca and Duncan showed patches of inconsistency. While both demonstrated clear understanding of their characters' objective and, at times, were spot-on with the pacing of their lines, they were also monotonous, especially Zacca, who seemed to create all his more recent characters from the same cast.

But the message of the The Love List is worth seeing and is aptly billed as a comedy for mature audiences.