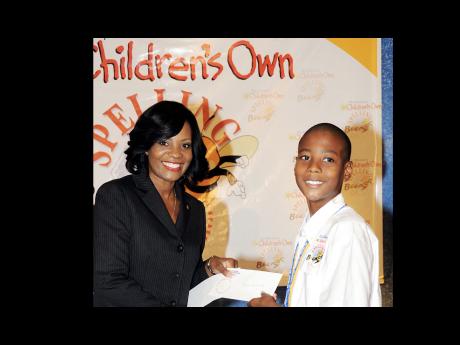 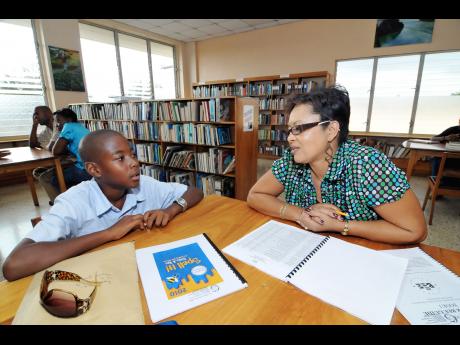 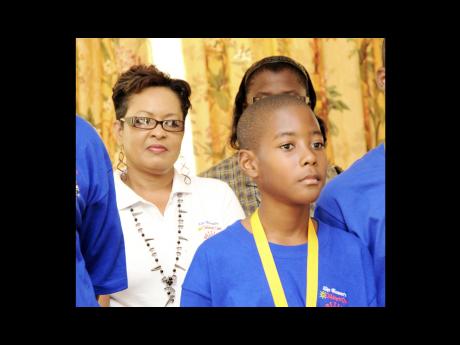 IN KEEPING with their motto of 'prayer, preparation and purpose', the Rodneys have made training for the Scripps National Spelling Bee a family journey.

Owayne Rodney made his way from placing 15th at the Clarendon Spelling Bee parish finals in 2008 to qualifying for the national finals the following year. He then earned the spelling bee crown and was taken around May Pen in a Hummer as part of the celebration. Now, he's training non-stop to compete against children from all over the world for the title of Scripps National champion.

"We're getting some breakthrough," Carlene Rodney, Owayne's mother, said. "We're hoping with the breakthrough we can nail it at this year's competition."

Jody-Anne Maxwell was the first child - in 1998 - from a country other than the United States or a US-controlled territory to win the international competition. Jamaica, though performing creditably ever since, has not repeated that performance.

Owen and Carlene Rodney are always researching techniques that will help their son reclaim what Maxwell started 12 years ago.

The Rodneys pray consistently, fasting on Wednesdays, and ask for guidance so that Owayne might be fully prepared for what lies ahead.

Owayne, whose favourite word is 'potpourri', couldn't put into words how he manages to stay sane, despite challenges and long hours. However, his spelling coach, Primrose Swaby, chimed in, "You pray."

The national champion spends his break time being trained by his classmates under trees at the St Thomas More Preparatory School in Clarendon. He also spends Fridays competing against his father in regular spelling competitions.

"My wife is the spellmistress," Owen said, smiling with her. "As for Owayne and me, we go head to head in many clashes. It's great rivalry!"

However, Owen is no match for his son, who usually wins. The champ's father usually complains that his eyes are "dark", and he can't "hear the words", at which Owayne laughs.

Carlene, during her school days, was also a spelling force to reckon with, challenging 11th-grade high-school girls, who were older than she, to spelling competitions. Owen also made it to the spelling bee parish finals when he was a child.

"Owayne has done far better than us," Owen said.

"We can't wait for GSAT to pass," Swaby said. "After GSAT, it's all about spelling."

The coach, who for the second year in a row was training a national champion, said it was difficult to step into a position that the Reverend Glen Archer has held for so many years.

"It's a lot of hard work to beat Rev Archer," she said. "To beat (him), you have to put in a lot of sleepless nights.

"I've been watching him for years and I said to myself, 'I have to beat this man one day'," Swaby said, tapping her pencil on the polished wood of the library table.

Owayne has studied more than 450,000 words during the course of his training, sometimes tackling 1,000 in a day.

"We've decided to help his coach by doing our part as parents. We want to see (Owayne) succeed," Carlene said.

Owen described his son as a well-rounded speller, cricketer and good student.

The 11-year-old Rodney said he wasn't nervous about attending the Scripps National competition.

"I feel very elated to know that I've been working very hard to prepare for the national spelling bee competition, which I've won, and that I'll be going to Scripps to face other children from all over the world," he said.