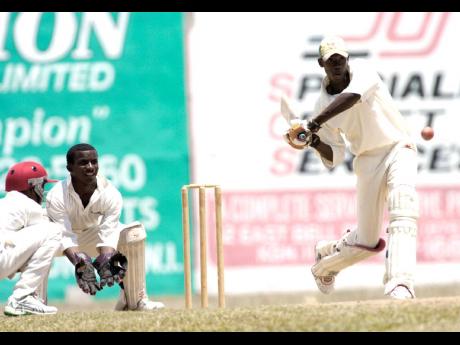 Eltham High, who have won the competition five years in a row, put their ISSA/Grace Shield Premier League title on the line against last year's runner-up, Innswood High, in the final at Melbourne Oval, starting today at 10 a.m.

The clash, which brings together this season's two undefeated teams, is scheduled to be played over three days.

"We expect a very tough game as Eltham have been there many times before and know how to win. But we are not short on confidence," said Kirk Gordon, coach of Innswood, who are slight favourites based on their performances thus far.

"Our approach from day one was to play each match as a final and now that we are in the final, I don't expect things to be any different," he added.

Innswood - who like Eltham was established in 2000 - are competing in only their second season and will be seeking to go one better than last year when they were defeated by Eltham in both the league and knockout finals.

If Eltham were to have their own way and play to their strengths, this could be title number six as although they are without a number of leading players from their previous team, they have the confidence and want to maintain their legacy.

"We are playing fairly well and once we continue to listen to the coach we should do well," said Eltham's captain, Kieno-Paul Sailsman.

Eltham, located on the outskirts of Spanish Town, will look to batting all-rounders Sailsman and Joseph Dennie, who are their two most experienced players, for inspiration, along with Oshani Ricketts and Omar Crichton.

The Old Harbour Road-based Innswood, on the other hand, will bank their hopes on captain and opener Oraine Simpson, who scored 285 in their total of 730-8 declared against Wolmer's in the semi-finals, along with Pete Salmon, Kemar Foster and Oshane Morgan, who each have two centuries to their credit thus far.

The winner will earn the right to play the champion of the rural area ISSA/Grace Headley Cup for the all-island ISSA/Grace Spalding Cup.