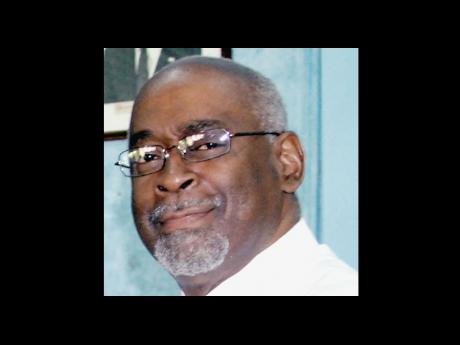 Religion is indeed a two-edged sword. There are so many persons who have performed acts of tremendous self-sacrifice through their love for their fellow man - a love which they have developed through their religious beliefs and commitment.

There are so many stories, right here in Jamaica, of the wonderful work that committed Christians have done among the poor. The Brothers of the Poor is one of the most organised of these groups, but there are others, and many individuals who, through their devout Christian beliefs, almost daily perform marvellous acts of generosity and brotherly love.

We also have many persons who are strict in their devotion to God and would never allow themselves to be tempted by the 'pomp and vanities of this wicked world' into the lascivious living in which so many of us indulge. Many pore over the Bible and religious texts in an effort to discover God's will so that they could live as pure a Christian life as they could. Listening to Ian Boyne's 'Religious Hardtalk' makes you a bit more aware of the existence of these persons who seek to practise what they sincerely believe to be the life that God wills.

Interestingly, it seems that Christianity is, of the major world religions, one that has produced the smallest core of hardcore believers who would put their lives at risk because of their beliefs. And who would demand of others an adherence to what they think is right in the eyes of God. Christianity is also the religion that seems to have most relaxed its rituals and methods of worship.

When I was a young boy, I attended an Anglican church. I was taught never to walk into a church when a prayer or reading of the Bible was in progress. My Catholic friends crossed themselves, using holy water before they entered. I genuflected before I entered my pew, and as I sat, I knelt and said a short personal prayer before I joined the general worship.

In my church there were 'kneelers', as we youngsters called them. These were wooden (sometimes padded) structures that were placed before the benches so that, at the appropriate times, we could kneel. We, as youngsters, were also taught to clasp our hands and close our eyes so that we could concentrate more fully on the act of prayer. When we were confirmed and would go to the altar to receive communion, we all knelt and bowed our heads as the sacrament was placed in our upraised hands (right palm in left).

Little of this exists today. Church, prayer, everything is 'easier'. We no longer kneel. Sometimes we stand; often we sit and maybe bow our heads. Many walk in and out of church at, sometimes, the most inopportune moments. Things are even more relaxed in the Pentecostal churches, where one sometimes could confuse a service with a secular concert. But this does not mean that the persons involved have grown less devout. It may simply be a change in customs.

But those who follow Islam and Judaism seem not to have had this experience. The rituals of these worshippers seem to be still as rigidly kept as before. One marvels at the meticulous care that these worshippers take in preparing and performing their rituals.

Maybe this is why it appears that they are more willing to go to extremes in the practice of their religion? Even to martyr themselves?

And maybe then, this is why they can so easily move from being devout to being fanatic? Why they can be so callously unsympathetic to those they consider 'unbelievers'? Why they are more likely to be suicide bombers and murderers in the name of their religion?

The history of Christianity is replete with examples of acts of widespread barbarism and cruelty in the name of God. There is a 'relaxation' by the major churches in the practice of our religion. Could this fact have led to the lessening of this type of overzealous, irrational behaviour among its adherents? Is it possible that the separation of Church and State in the powerful Christian nation, and the growth in popularity of a kind of secular humanism in the Christian world, has led us to a better place?