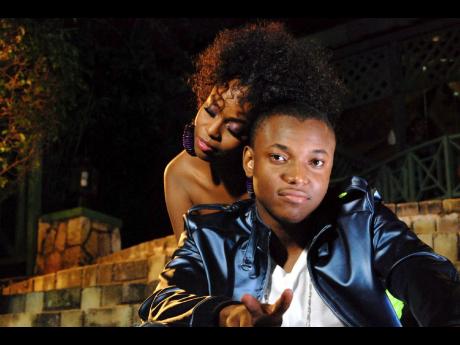 Cherine Anderson and Natel on the set of the video for 'You Turn Me On'. - Contributed 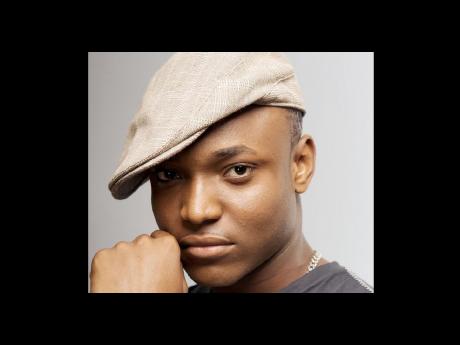 One of the distinctive voices to have emerged from the Digicel Rising Stars talent competition, singer Natel is stepping out in the music world more for 2010 with the backing of the noteworthy Grafton Studios.

Having entered the Rising Stars competition in 2005 and reaching the top 10 and re-entering in 2006 and peaking in the top five, Natel is no stranger to the spotlight. Unlike countless others that haven't surpassed their Rising Stars glory, Natel is slowly breaking out with collaborations with Cherine Anderson in You Turn Me On and Mr Vegas with We'll Survive, as well as singles of his own.

Born Nathaniel Hewitt and hailing from Manchester, Natel has been around music all his life. His father, Correl Hewitt, has done the rounds on the north-coast hotel circuit, toured the world with other artistes and has his own studio in Manchester, making it no surprise that Natel grew up being interested in music. Having followed his father around when he worked, Natel soon learnt to be an accomplished musician, playing the drums, bass, guitar and keyboard before testing his singing voice.

At 16, however, Natel took that necessary step, entering Digicel Rising Stars as he said, "The competition was definitely a stepping stone to greater things. After Rising Stars, I went back to my father's studio and started recording a lot of my material and doing a lot of stage shows and realised that the people really loved me."

It was while rehearsing for a show at Mas Camp that Natel was noticed by veteran producer Mikie Bennett of Grafton Studios who told the youngster to pay him a visit. Since then, the singer has moved to Kingston and has been doing a lot of work, having been signed to Grafton Studios last year. The youngster, as well as working closely with Bennett, has also come under the wing of Mr Vegas, who he regards as a big brother, performing alongside him and touring with him to Trinidad and Tobago and Guyana.

Bennett said of Natel, "He's the most exciting young singer I've had the pleasure of working with since Brian and Tony Gold and Chevelle Franklin."

As for his potential, Bennett added that Grafton Studios is investing in Natel by pushing all their resources and support behind him.

"He's everything good: he's manageable, he's produceable and has tremendous talent," Bennett said. "His growth for the past year has been phenomenal. The more and more producers he's working with is the more excited they are getting as well. He just started working with Don Corleon and he too is excited."

Natel and Don Corleon's collaboration produced Pan Me on the latter's Gala rhythm. Other singles include God Sent for TJ Record's DNA rhythm, One Foot on the Jumpdrive rhythm as well as Party Time with Mr Vegas and Chi Ching Ching.

Describing his style as a versatile mix of dancehall, reggae and R&B, Natel has high hopes for the future.

"I see myself getting that international hit as well as attending the Grammys as a nominee 'cause I'm putting in a lot of hard work," said the singer.