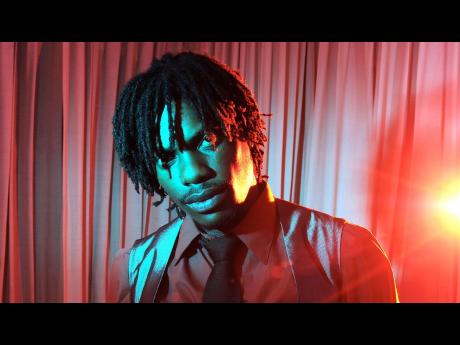 It's almost impossible hearing a party being advertised without the name ZJ Liquid attached to it. The in-demand disc jockey, who plies his trade on ZIP 103FM, has made quite a name for himself over the last five years.

From creating slangs ('Yu zee it') to having a gut feeling of the 'next big thing' (Mavado), ZJ Liquid seems to have his ear to the street.

All this, he said, comes naturally because of his love for music.

"This is just me. What you hear on the radio and see onstage is just me. Mi love mi music," he said.

Liquid, born Michael Brissett, has several credits to his name. He has produced a number of rhythms ('Slow Bounce', '12 Gauge', 'French Vanilla' among them), for which he signed distribution deals through VP Records, and recently revived his deejaying aspirations.

"Anything I do, I do it seriously," Liquid responded when asked about a deejaying career. "Liquid is a very focussed youth."

His focus, and value, appeared to have impressed liquor company Red Stripe, as they signed him to a three-year deal last September, which will involve cross promotion.

"Some billboards should be out soon, as well as some Liquid and Red Stripe gear," he said.

Music piqued Liquid's interest while attending Cornwall College in Montego Bay. He and childhood friend Jason Russell would try their hand at mixing music after school. With popular entertainment spot Pier One at their disposal, they would experiment with all genres of music. He got so good, he started playing at the venue on Friday nights. Liquid said this was a key stage of his development as the demographic of the patrons ensured he was exposed to all musical genres.

"You have a lot of tourists so you can't just go there and play pure dancehall," he pointed out.

His first radio experience came at HOT 102 when it was based in Montego Bay where he played as part of the duo, DJ Lippo and Master Wayne. This was another key step as he was faced with making the transition from selector to a radio personality.

"Me use to play after Barry G so I use to go early and watch him and learn some things from him," he said.

His radio training continued when he joined ZIP at its inception in 2002. He did voice training with broadcaster Fae Ellington and former programme director Judith Bodley who, he said, stressed the importance of self analysing.

In the past four years, Liquid has been voted the most popular 'ZIP jock' by listeners. His popularity manifested itself while serving a one-month suspension for a broadcasting violation. Fans formed a Facebook page, 'Put ZJ Liquid Back on Air', which had dozens of 'friends'.

Liquid pointed that as the station has grown in popularity, so too has he.

"ZIP's growth has been amazing. No other station catered to teens," said Liquid, who returned to work on Tuesday. "We broke the mould by playing party music on a Sunday and now you have other stations doing that."

Liquid is further building on his appeal by allowing persons to see him live in the ZIP FM studio mixing through ustream.tv.

"There people can actually see that I'm mixing in the studio and the music isn't pre-mixed," he said, adding that he got 11,000 viewers in his first month.