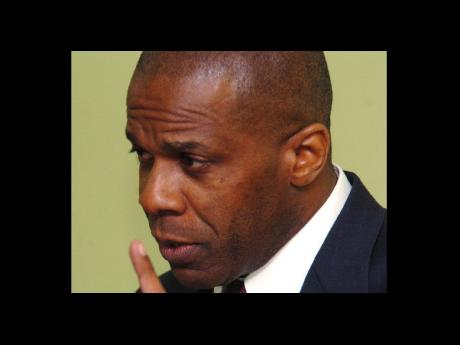 A MULTImillion-dollar contract, around which questions have been raised about the Government's involvement with United States law firm Manatt, Phelps and Phillips, through local attorney Harold Brady, has caught the eye of Contractor General Greg Christie.

"The matter has our attention," Christie told The Gleaner yesterday, noting that his office has obtained copies of the documents which are on the United States Justice Department's website.

The Office of the Contractor General (OCG), an oversight body of the Government, is responsible for monitoring and investigating government contracts, licences and permits.

Christie said a team has been assigned to comb through the documents. He also pointed out that his office has requested a copy of an interview that radio station Nationwide 90FM conducted with Brady yesterday morning. Reports from both the electronic and print media have also been collected by the OCG.

Senior Opposition MP, Dr Peter Phillips, on Tuesday confronted Prime Minister Bruce Golding about the contractual arrangement with Brady. Phillips had asked the prime minister if Brady had been representing the Government in extradition matters in the United States.

Golding, however, dismissed the suggestion, charging the "Government of Jamaica has not engaged any legal firm, any consultant, any entity whatsoever, in relation to any extradition matter."

He stressed that the Government only used the resources available to it in the Attorney General's Department.