Shaw sure of passing IMF test 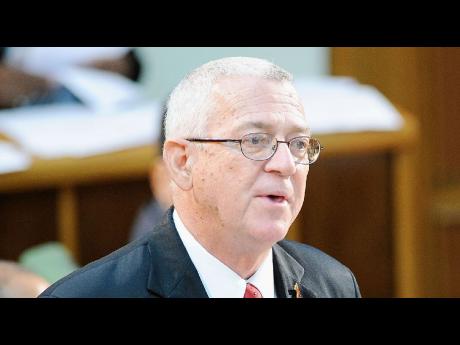 FINANCE MINISTER Audley Shaw is assuring the nation that Jamaica will be able to draw down on a US$100-million disbursement from the International Monetary Fund (IMF), due in the second quarter of 2010.

Shaw said yesterday that the country would meet performance targets for the period ending March 31.

"The targets for the IMF for March will be met. We will pass the test in March," Shaw told Parliament's Standing Finance Committee.

Pressed by Central Kingston MP Ronald Thwaites to provide figures to support his stance, Shaw promised they would be presented "at the appropriate time".

In February, Jamaica entered into a US$1.28-billion loan agreement with the IMF as the country appeared stranded in the economic desert.

The 27-month facility requires the country to effect reforms in the public sector to substantially reduce the large budget deficit; create a debt strategy to reduce debt-servicing costs; and implement reforms to the financial sector to reduce risks.

Government has already benefited from US$650 million of the US$1.28 billion facility. The country must pass the test in May to benefit from another US$100 million.

Two more drawdowns of US$50 million will be available in the third and fourth quarters of 2010. The next large drawdown thereafter will be US$200 million in the first quarter of next year.