Haiti takes a pass on Caricom chair, Jamaica steps in 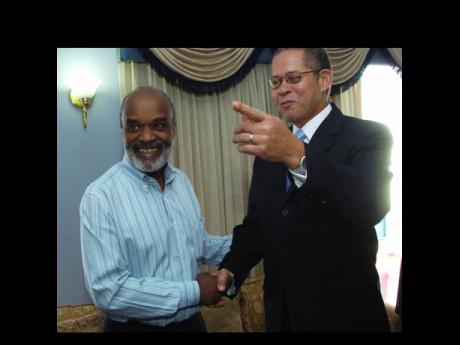 Jamaica will assume the chairmanship of Caricom in July, instead of Haiti, a decision that the Conference of Heads of Government has endorsed.

Haiti was next in line for the rotating chair but president Rene Preval feels his country would be unable to fulfil its regional obligations, as recovery and reconstruction work gathers steam in the earthquake-struck capital Port-au-Prince.

Already an estimated US$2.2 billion of aid has been committed to Haiti for rescue and recovery since the 7.2-magnitude quake of January 12 that claimed more than 230,000 lives, and displaced about 1.5 million city residents.

The Washington-based bank also said it would continue the US$700 million of IDB projects that were on the ground there prior to the disaster, and that its board of governors were also discussing plans to pour another US$2 billion into the country over the next decade.

Preval advised Caricom of his decision not to assume the chair of Caricom ahead of the bloc's 21st intersessional meeting held March 11-12 in Dominica, which currently holds the chair.

Jamaica's Bruce Golding was one of the first Caricom heads to send assistance to Haiti, including soldiers. The country's ports were also offered as transit point for aid.

Haiti is one of 15 Caricom members. It is also the poorest and most populous, with about nine million people, more than three times the population of Jamaica, which is the second largest market with 2.7 million.