Show your colours at Champs 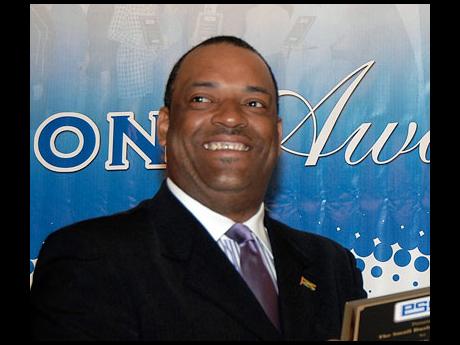 This year's staging of the ISSA/GraceKennedy Boys and Girls' Championships will take on added significance due to its centenary celebrations.

As such, Richard Bowen and the folks at Laribo Marketing and Consultants are doing everything in their power to ensure that the meet's heritage is captured on a wide range of memorabilia and keepsakes.

From lapel pins to a specially crafted commemorative coin, all bearing the 'Champs 100' logo and respective school crests, the marketers have just about everything for everyone who desires to embrace the colours of their schools and show their support during the four-day meet.

Bowen, managing director, considers it a tremendous honour to be associated with the highly regarded meet and underlined that his company is doing everything to ensure that each individual will be able to celebrate the championships and represent their school in whatever way they choose.

Said Bowen: "We (Laribo) have been fortunate and honoured to be part of 'Champs 100' as you know that it's a significant milestone. We are doing a number of things for the Inter-Secondary Schools Sports Association (ISSA) and one of the major things that we are doing is the Champs centennial merchandising.

"We want to commemorate the moment, so we have all the schools represented on our products," Bowen added. "We have done inmany different colour combinations and styles and we also sought to produce items that would be attractive to the current students and alumni alike."

These items include, among other things, polo t-shirts, a special commemorative coin, mouse pads, dog-tag chains, pen, radios, cups and what is being called the 'winner's edge t-shirts', which is a special range of tee that features the respective champion schools and the years they won their titles.

The line of products is already available to the public and can be purchased at Laribo's office on Holborn Road. The items will also be available for purchase during the championships, which is scheduled for the National Stadium from March 24-27.

"We are also fortunate to be a concessionaire at the National Stadium where they (items) can be purchased by patrons. It's a great way to get close to your school and show your colours during this special celebration," Bowen pointed out.