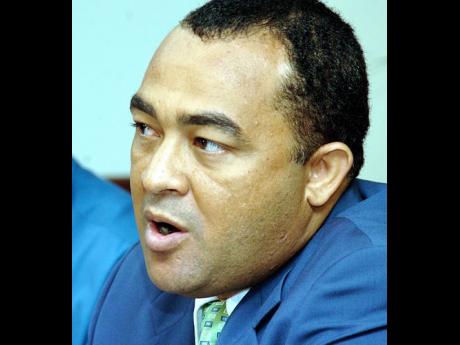 Dr Christopher Tufton, minister of agriculture and fisheries, says reforms are required as the industry shifts to private ownership.

Nearly insolvent and still strapped for cash, Jamaica's sugar sector has identified a lifeline in a three-year-old trade deal whose provisions allow for a drawdown of €17 million (J$2.08 billion), starting April.

Agriculture Minister Dr Christopher Tufton plans to go after the cash on offer by the European Union (EU) under an agreement struck in 2007, but is unlikely to get it unless he overhauls sugar, repositioning what is now a public-sector business in transition to one that operates like a corporation with private ownership.

"In order for us to access this sort of funding, we are set certain targets," Tufton told the Financial Gleaner.

"The change in the regulatory framework is one of the targets, which is part of the sugar adaptation policy that was developed."

It requires a rewriting of supervisory rules for sugar as well as adjustment to pricing mechanisms.

The last review 13 years ago assessed the cost of growing cane and determined that 62 per cent should go to farmers.

Tufton has begun the search for talent to conduct a commission of enquiry into sugar and how the regulations should be changed.

"This particular drawdown is going to be influenced by the regulatory framework, which has to be changed," said Tufton. "All of this is contingent on sugar becoming more viable."

The financing agreement under which the €17 million would become available starting April 1 for fiscal year 20010/11, was signed between Jamaica and the EU in March 2007 under the Jamaica Country Strategy for the Adaptation of the Sugar Industry to address the social and economic fallout resulting from changes to the sugar protocol.

This entitled Jamaica to aid over an eight-year period under the EU Accompanying Measures for SugarProtocol Countries of 2006, with financing earmarked for restructuring and upgrade of the sugar industry, diversification, research and innovation, human resource development and programmes for sugar-producing areas.

Jamaica last year sold three of its six factories to private sector companies, and is struggling to land buyers for the rest, as the shift of sugar to full private ownership continues.

Those deals, in addition to other companies long in the same business, Appleton Estate and Worthy Park, have once again positioned sugar as dominantly a private sector-led operation.

"Given the prospect of a sugar cane industry dominated by private players and the changing sugar market situation in Europe which has resulted from the ending of the sugar protocol, it is now critical that a review of the industry's regulatory, institutional and cane pricing-arrangements is undertaken," Tufton said in a statement to Parliament in February.

The project has taken on urgency because, per agreement with the International Monetary Fund under the US$1.27-billion country bailout agreement struck in February, sugar has to have a 'zero' effect on the deficit, which means the Sugar Company of Jamaica will no longer have recourse to government subsidy.

Karl James, general manager of Jamaica Cane Products Sales (JCPS), the marketing arm of the Sugar Industry Authority, is on board with the enquiry, noting that the last review to determine compensation ratios for stakeholders to ensure each was getting adequate returns was back in 1987.

While accepting that this pricing ratio was likely to be changed coming out of the current review as the industry's ownership structure shifts, James warned that the interest of all parties must be weighed carefully.

"One has to strike a balance when making these decisions," he said.

"They will have to ensure that the factory gets sufficient (returns) to keep it running, to keep it serviced and to keep it updated."

The sugar marketer said he was encouraged by the focus on stimulating production.

"One of the good things is that money is being given to private farmers to plant more cane, because if we are to run a sustainable business, we will have to produce 270,000 to 300,000 tonnes of sugar," James said.

At the close of the last crop year in June 2009, Jamaica produced 123,300 tonnes of the sweetner, most of which was sold to Europe.