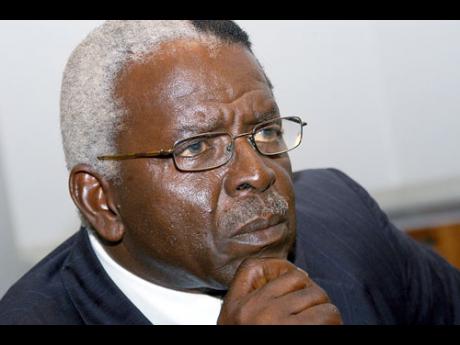 The NIF now estimates it will earn about $2.8 billion in returns from government bonds, instead of the initially estimated $4 billion, but Charles said adjustments on bond income would not affect commitments for the distribution of pensions.

"The projections, based on rates applicable subsequent to the debt exchange programme, will not affect the ability of the Fund to pay the benefits due to National Insurance Scheme beneficiaries, and will not preclude timely adjustments to those benefits based on actuarial review," Charles said in response to questions posed by House member Ronnie Thwaites (PNP - Central Kingston).

The NIF, up to December 2009, held a portfolio of $29.24 billion in GOJ domestic bonds, according to Senior Director of Investments, Audrey Deer-Williams, while the total fixed-income portfolio amounts to $42 billion, inclusive of GOJ domestic and global bonds as well as repos.

In addition to the 71.5 per cent of fixed-income instruments, the agency also has investments in stocks/equities, representing 11.6 per cent of assets; real estate, 10 per cent; mortgages, 4.2 per cent; and other loans, 2.6 per cent - in a portfolio valued at a total of $58.8 billion across all asset classes.

Deer-Williams said that the Fund had bought the domestic bonds at 18 per cent interest, while the JDX bonds that replaced them average 12 per cent.

The investment director said the composition of the pension asset investments was consistent with global trends.

The portfolio, up to December, had returns of 11 per cent, the NIF said, though performance in each asset class was mixed, with real estate and the stock market yet to recover from the recession.

The real estate portfolio was also reflecting unrealised gain, she said, but was unable to quantify immediately.

Last year, the NIF put on the market a 2.5-acre residential sub-division and 7,400-square foot lot in St Ann, as well as shop spaces in the Portmore Mall in St Catherine, but failed to secure buyers for the properties, except for one shop sold to another government agency, National Water Commission.

"We were not very successful," said Deer-Williams, pointing to the soft real estate market.

The property in St Ann was eventually pulled from the market, but two shops in Portmore are still up for sale.