Mother of 15-y-o slain by cops to be compensated 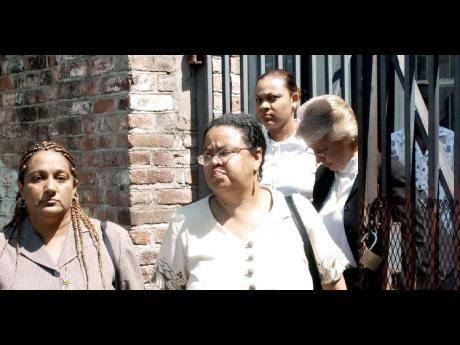 Monica Williams (left), mother of Jason Smith, a student of Eltham High School, who was allegedly murdered by three policemen on July 9, 2002, leaves the Spanish Town Court after the trial of the three policemen on March 7, 2005. Also present are Susan Goffe (centre) and Dr Carolyn Gomes (right), members of Jamaicans for Justice, as well as Maria Mowat Smith (background), sister of Jason.File photos 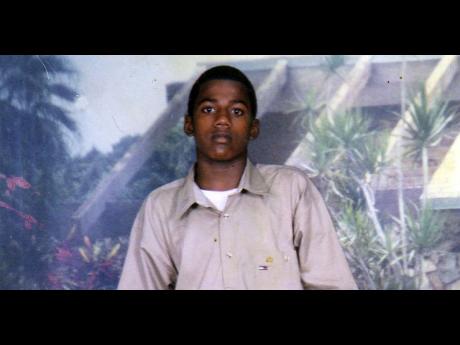 Teenager Jason Smith, the day before he was fatally shot.
1
2

The Government is to compensate the mother of 15-year-old schoolboy Jason Smith, who was fatally shot by the police in Spanish Town, St Catherine, in July 2002.

Monica Williams, mother of the deceased, had filed a suit in the Supreme Court seeking damages against the attorney general and the policemen who were accused of shooting Smith.

The matter came before the Supreme Court judge Bertram Morrison on Wednesday for pre-trial review. Judgment was entered for the claimant and the case set for assessment of damages.

Williams, who is represented by attorney-at-law Arlene Harrison-Henry, is seeking constitutional redress and compensation for damages which include negligence and loss of life. Damages are to be assessed in the Supreme Court later this year.

Corporal Rudolph Rhoden, Constable Dwight Roberts and Special Constable Linton Pascoe, who were attached to the Special Anti-Crime Task Force, were charged with Smith's murder. A 12-member jury freed the policemen in December 2005.

Human rights lobby group Jamaicans For Justice, which has taken keen interest in the case, had issued a statement expressing disappointment with the verdict.

Smith was fatally shot in Spanish Town, St Catherine, on the night of July 9, 2002.

The Crown led evidence at the trial in the Home Circuit Court that Smith was unarmed and was on his way from a shop with a bag containing banana chips when he was shot. Smith was being towed on a bicycle at the time of the incident.

Eyewitnesses testified that policemen chased Smith, beat him, and shortly after, they heard a shot and saw the police lift his body and throw it into a jeep.

The policemen gave unsworn statements from the dock in which they said they and other policemen were on mobile patrol in the area. They said they shouted, "Police, stop!" to the men on the bicycle but they disobeyed. They said the men retrieved guns from the bags they were carrying and fired at them.

The cops said they returned the fire and later discovered that one of the men was shot. They took the man, Jason Smith, to hospital where he died.