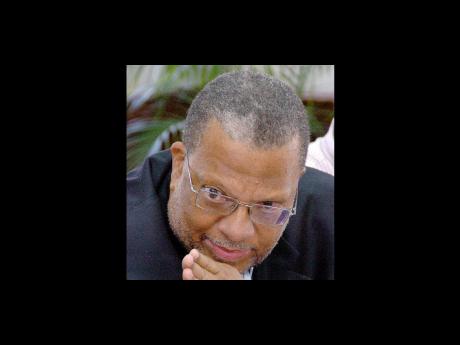 Former vice-president of the People's National Party (PNP) Dr Peter Phillips has been given an official platform within the party, but Chairman Robert Pickersgill is downplaying its significance.

Phillips, who left the leadership ranks of the party following his unsuccessful bid to unseat Portia Simpson Miller as president in 2008, is now the chairman of the party's Communications Commission.

Pickersgill told The Gleaner yesterday that the move to install Phillips was deliberate and not an attempt to heal old wounds.

"We are putting the best people and the most appropriate people in the various positions and Peter is a very appropriate person to put there," Pickersgill said.

The PNP chairman noted that the post, which he said was at one time held by former General Secretary Colin Campbell, involved coordinating all aspects of the party's communications strategy.

Phillips, member of parliament for East Central St Andrew, was relegated to the backbenches on the opposition side of Parliament after his ill-fated challenge to the leadership of Simpson Miller.

However, he has, in recent months, become one of the party's most vocal members and has been particularly strident in his criticism of the Government for its handling of the United States' extradition request for Christopher 'Dudus' Coke.

Yesterday, Pickersgill said Phillips was being treated with the ultimate respect in the party.

"He enjoys the privileges of a vice-president in the party and he attends spokespersons' meetings. He is treated as a senior person in the party. Recall that at first he opted for a little time to, you can say, cool out, but he is fully on board," Pickersgill said.