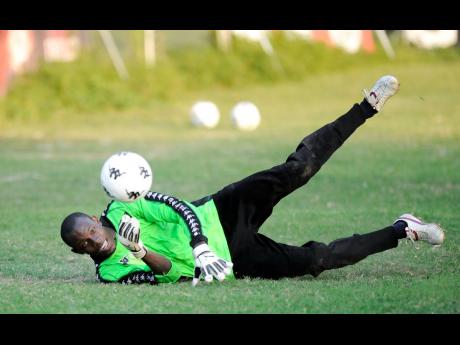 National goalkeeper Dwayne Miller has signed a one-year contract with Sweden's Division One side Syrianska FC for the new season which begins next month.

Clyde Jureidini, general manager of Harbour View FC, the club Miller represents in the Digicel Premier League, told The Gleaner that Miller, along wiht the rest of the Syrianska squad, will be heading to Turkey for a one-week training camp this weekend.

"This is good for Dwayne (Miller) because it is not very often that Jamaican goalkeepers get offers, and to get an offer in Europe is extremely rare," Jureidini said. "Usually, goalkeepers are seen as mature, in their high 20s or 30s, and he is just 22, and so I think it is a good chance for him to build his game and to build his reputation and just move on from there."

The 22-year-old goalie made his senior national debut in their 2-0 away win against Malaysia in a friendly international in 2007. He has so far won nine caps for Jamaica, the last of which was a 2-1 defeat to South American powerhouse Argentina last month.

Miller was also a member of Jamaica's Under-20 team which won the silver medal at the Pan American Games in 2007. Miller has been in Europe since late last month and his trial stint was made possible by Romel Wallen through his company, Pro-Gold Sports Management Limited.