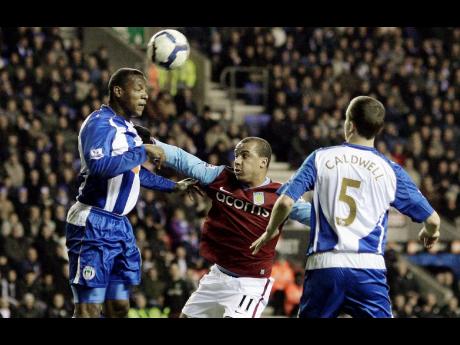 Knocked out of the Champions League and told the team is too old, Chelsea have the chance to answer their critics by returning to the top of the Premier League.

With leaders Manchester United facing a tricky home game against Liverpool on Sunday, Chelsea aim to hit back from Tuesday's European loss at home to Inter Milan by winning at Blackburn.

Third-place Arsenal should also stay in contention by beating lowly West Ham at home tomorrow. But Man United and Arsenal could become distracted by their attempts to win the Champions League and, although Chelsea are still alive in the FA Cup, the league remains the Blues' main priority.

"We are disappointed but we have to come back stronger," said striker Didier Drogba, who has scored 27 goals this season, 21 in the league.

"The league is going to be a big battle, we have one game more to play (than our title rivals) and we have to go to (last-place) Portsmouth. So, we have to go there and do everything we can to be top of the league again."

Chelsea have not won the league title since 2006 under Jose Mourinho and he returned to Stamford Bridge in charge of Inter on Tuesday to send his former team out of the Champions League with a 1-0 victory and 3-1 overall triumph.

The losses prompted suggestions in the media and from former Chelsea players that the current squad needed new, younger players rather than established stars in their late 20s and early 30s. Yet for most of the season, Ancelotti's men have been the bookmakers' favourites to recapture the Premier League title and now are neck and neck with Man United with Arsenal a close third.

Ancelotti has the option of making sweeping changes to his regular line-up or relying on them to bounce back and strengthen their title chances with a winning streak starting with back-to-back wins over Blackburn and Portsmouth, teams they should beat easily.

Man United cruised into the last eight of the Champions League with an impressive 4-0 victory over AC Milan with Wayne Rooney adding two more goals, taking his total for the season to 32 in all competitions.

But Liverpool won 4-1 on their last league visit to Old Trafford last season, having also won their meeting at Anfield earlier, and also beat United 2-0 this term.

Man United and Liverpool have had a strong title rivalry for decades and the teams are level on 18 league titles. Since Liverpool's last in 1990, however, United have won the Premier League 11 times and is 15 points ahead of Rafa Benitez's fifth-place team.

Arsenal should be too strong at home for West Ham, even though Arsene Wenger's team needed an injury-time winner from the erratic Nicklas Bendtner to beat relegation-haunted Hull 2-1 on Sunday.

Like Chelsea, Arsenal have two points to make up on Manchester United and cannot afford to drop points at home to their London rivals who are only three points above the relegation zone.

The race for fourth place, which means a place in next season's Champions League, remains closely contested with Tottenham, Liverpool, Manchester City and Aston Villa all going strong.

Currently fourth with 52 points from 29 games, Tottenham go to Stoke tomorrow and are one point ahead of Liverpool, who have played one more match. Manchester City are handily placed with 50 from 28 but have a difficult game at Fulham on Sunday. Then come Villa on 49 from 28 and should beat neighbours Wolves at home tomorrow.

At the foot of the standings, Portsmouth are all but doomed to relegation having lost nine of their 19 points for going into financial administration.