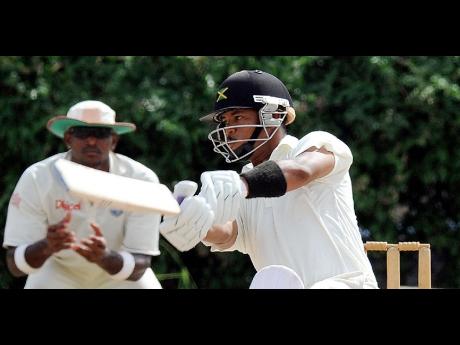 Carlton Baugh Jr has been included in the West Indies provisional 30-member squad for the Twenty20 World Cup, to be staged from April 30 in the Caribbean.

West Indies remain the only participating nation not to have officially released their provisional squad for the competition.

CMC Sports Wire has been able to independently confirm from a senior WICB official that the provisional list appearing on the website of the International Cricket Council, the sport's World governing body, is authentic.

It means that Baugh, incumbent wicketkeeper/batsman Denesh Ramdin, and part-time 'keeper André Fletcher, as well as the inexperienced pair of Chadwick Walton and Devon Thomas, are the five recognised glove-men under consideration for the pivotal position.

The position of wicketkeeper/batsman has become a troublesome spot for West Indies in recent matches, following Ramdin's dismal batting in the recent matches against Australia and Zimbabwe.

Of the front-line 'keepers in the regional competition, Baugh remains the best batsman with a solid first-class average of 36.45 and 11 first-class hundreds.

But he has not done his ability with the willow any justice in his previous incarnations as the West Indies wicketkeeper/batsman, failing to curb his typically cavalier batting to suit the demands of international cricket.

He would be the front-runner if the selection panel chooses to bypass Ramdin for the T20 World Cup.

Fletcher and Walton have been let down by their batting too, in recent matches for West Indies, and it may be a risk to expose Thomas in such a high-profile competition at this time.

All of the usual names have been included in the provisional squad, with Ramnaresh Sarwan and Jerome Taylor likely to undergo fitness assessments before the selection panel - headed by Clyde Butts - identifies the final 15.

The only notable exclusion is left-hander Brendan Nash, whose style of batting the selectors have clearly determined is not suitable for the frenetic pace of the T20s.

West Indies have been drawn in Group D along with England and Ireland, that will be staged in Guyana.

They open against the Irish on April 30 at the Guyana National Stadium.