Ellis out for two days 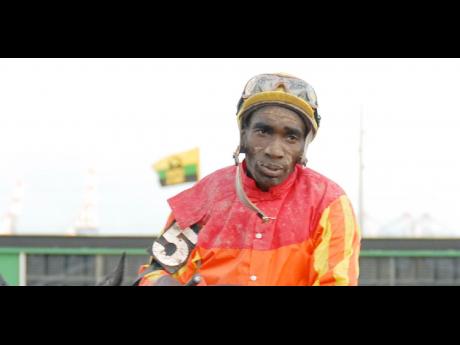 Ellis, champion jockey in the year 2000, was on Tuesday penalised by the stewards for causing interference to INDY QUEEN leaving the 600-metre point of the course.

JUNIOR MINISTER, the 4-5 favourite, proceeded to win very easily, but following a Stewards' Enquiry was disqualified and placed 13th (behind INDY QUEEN) and the race awarded to THE DIPLOMAT.

In addition to Ellis, three apprentice riders were stood down by the stewards. Of the three, Jevvanne Erwin, who rode the winning horse, RIP CURRENT in the closing race last Saturday, was dealt with most severely.

He picked up a four-day ban and a $4,000 fine for causing interference to NO RUMOUR in the vicinity of the 300-metre point, as well as his ungentlemanly conduct (antics) approaching the winning post when he stood tall in the saddle and flung his whip into the air. His suspension will commence next Wednesday, March 24.

Apprentice Jodeien Anderson, who rode MILESTONE in the third race on February 3, was also suspended for four days for the interference caused to EXPLOSIVE REPORT, SHE'S MAGIC and PATARA leaving the half mile. His suspension also takes effect next Wednesday.

Apprentice Richard Cole, who rode CAT-UD-RAY in the second race on March 6, was suspended for one raceday for causing interference to ENDURING in the vicinity of the 200-metre point. His suspension takes effect tomorrow.