Calabar will look to field events 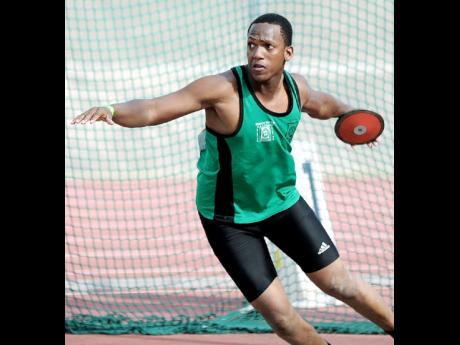 Calabar will be going all out to get their hands on their 22nd Boys' Champs crown at this year's 100th staging of Champs. They were last year denied their fourth hat-trick of wins, failing by just one and a half points to get the better of winners Kingston College (KC).

The Red Hills Road-based school will be aiming to give its utmost with the hope of achieving the highest. Their coach, Michael Clarke, is anticipating an even closer competition than last year.

Preparations have, however, not been going as well as they would like, as there are some injury problems.

"Preparations are reasonably good, they are not perfect but we are satisfied and hopeful that everything will work out when the time comes," said Clarke. "There are injury concerns but we are managing them fairly well. Our management team, which includes medical doctors who are old boys, has been assisting. We, however, expect all our major athletes to be ready for championship.

"We are hoping not to have the kind of luck that we had last year. That was a very traumatising period, when all that could have gone wrong went wrong. We are hoping that the bad luck phenomenon does not come back to visit us," he added.

Clarke pointed out that they would love to be the centenary winners and have been preparing themselves to achieve this, with the field events being one of their strong points.

Clarke said: "At present, we have no strong class, we have a fairly balanced team. Field events are where our thrust for championship is this year. We have decent throwers, jumpers and pole-vaulters, so it should be pretty interesting."