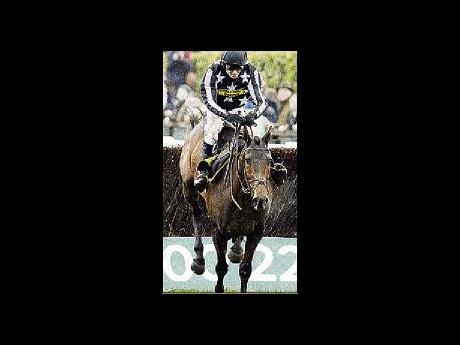 Ridden by Paddy Brennan and trained by Nigel Twiston-Davies, Imperial Commander pulled away at the last fence to win the top race of the Cheltenham Festival to end three years of domination by Paul Nicholls, trainer of stablemates Kauto Star and Denman. Kauto Star won the race in 2007 and 2009 and Denman two years ago.

To complete a memorable day for Twiston-Davies, his son Sam led from start to finish to win the next race, the Christie's Foxhunter Chase for amateur riders. He was riding Baby Run, a horse trained by his father.

The 7-1 shot Imperial Commander won his sixth of 10 races at Cheltenham, but the failure of Kauto Star to make it three wins in four races was a major surprise.

With Denman making a move at the front, jockey Ruby Walsh tried to get Kauto Star to respond as the field reached the final turn but the horse, back in fifth place, clipped the fence and went down.