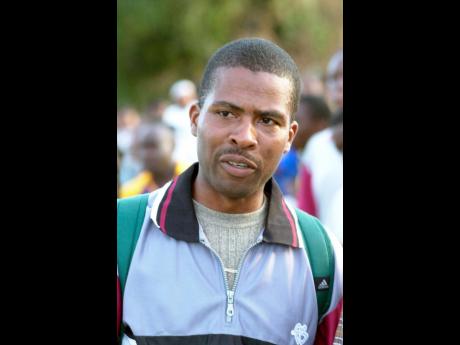 Dyke said his girls are focused and their favourites tag will in no way affect them, but he expects Holmwood Technical to fight until the end.

"I think they are highly motivated, ready to take their first Championship, and if it is God's will, then we will definitely do it."

But he stressed: "If you are going on to the battlefield, you have to be prepared and I think the girls are ready for any challenge.

"I know they are ready mentally and physically. They are capable of dealing with the kind of publicity they are getting," said Dyke.

The Edwin Allen coach thinks this is his best-ever team.

"It's our strongest team, which gives us our best chance," he said.

Edwin Allen with the Tracey sisters, Nikita and Ristananna, Amoy Blake, Annmarie Duffus, Shashawna Ffrench and Mackola Joseph are top-heavy in Class One and, along with Class Four, they are expected to outscore Holmwood in these areas.

However, on the flip side, Holmwood should outscore Edwin Allen in Classes Two and Three, but Dyke thinks it will be close.

"In some events, we know Holmwood will be stronger in Classes Two and Three, but we also have strong events in those classes as well. In areas like the middle distances, we know we definitely can outscore them," said Dyke. He also expects the team to do well in the vertical jumps and throws.

"We expect them to contribute to our success and they are doing pretty well at the moment, and we expect them to score a minimum 20-25 points, which would really give us a cushion.

"So if those classes do what we expect them to do, then I think the Class One will just top it off for us," he added.