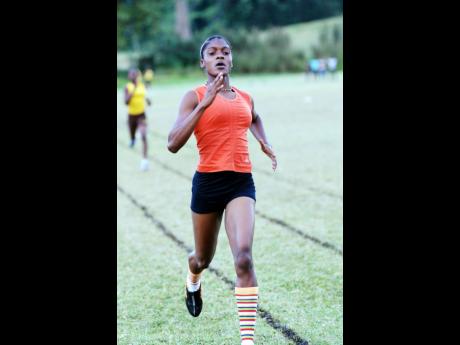 Vere Technical's hunt for a top-three finish at next weekend's ISSA/GraceKennedy Boys and Girls' Championships could be in jeopardy, with uncertainty surrounding their leading athletes.

Injuries to key athletes could see the many-time champions finding themselves in unfamiliar territory, finishing out of the top three, which could be the first in well over a decade.

Constantine Haughton, coach at the Hayes, Clarendon-based school, admitted, "It's always going to be a challenge for anyone to retain their places, especially when the tables seem to be shifting around a little bit."

According to Haughton, injury management will play a big role in how his team performs at the event.

"The fact that we have our injuries and don't know how the athletes are going to respond definitely puts us at a disadvantage," he explained.

"When you have limited quality stock and that quality stock is affected, that narrows down your whole scope for success ... so the people who are expected to carry the bulk of the work cannot do so, and might not even be able to.

"That is the real issue, it's not like we have a big spread of talent ... and you could hand off some of that workload."

Deandre Whitehorne, Celia Walters and Shericka Jackson are Vere's top three athletes. There is also Chantel Duncan but, according to Haughton, they are all suffering from hamstring injuries.

Jackson won the Under-17 200/400m double at Carifta Trials and she competed at Central Champs last week, which means she is in better shape than the others who did not compete. However, even though the athlete has competed for the past few weeks, the coach has listed her as day-to-day.

If Vere are to retain their position in the top three, it will certainly depend on the performances of those athletes.

Despite realistic expectations, Haughton admitted that he would be "somewhat disappointed" if the team were to finish outside of the top three.

"If you are accustomed to be in a certain position, then of course people will be disappointed, but you just have to adjust and try not to be caught in that position thereafter," Haughton said.