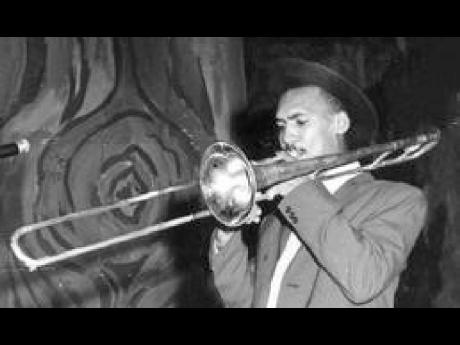 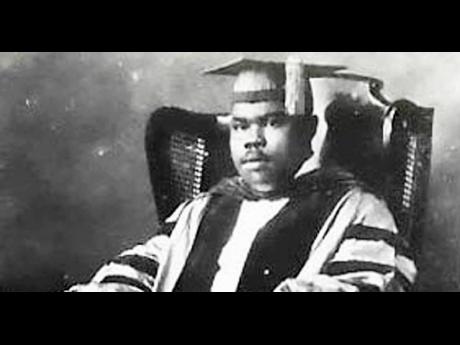 Whether writing about music or lecturing at the University of the West Indies (UWI), Clinton Hutton incorporates anecdotes of black achievement. Today, he will show another side of those positive portrayals in 'Repossession', an exhibition of his paintings, at the UWI's Philip Sherlock Centre for the Creative Arts.

Thirty-one pieces will be on show during the 11-day exhibition, most of which were done last year. Hutton told The Sunday Gleaner that his latest exhibit pays homage to the African experience of the last 500 years.

"It's essentially looking at how people of African descent have recreated themselves during that period. We've always been a people of renewal; it's what people like (Marcus) Garvey and (Rex) Nettleford stood for," Hutton said.

Many of the paintings are done in acrylic on paper and canvas. Others were created in oil on canvas. Among the pieces that will be displayed are 'Mbumba', Hutton's ode to the patron god of the Haitian Revolution. Another tribute piece is Don Cosmic, a nod to the legendary ska composer/trombonist Don Drummond, who wrote Afro-influenced songs like Addis Ababa.

"His music has a mysticism that is very ancestral," said Hutton of the troubled musician who died in 1969 at age 33, at the Bellevue asylum in east Kingston.

The 55-year-old Hutton is a lecturer in the department of government at the UWI. He has also written extensively on the evolution and societal impact Jamaican popular music and the Rastafarian religion have had since the country gained independence from Britain in 1962. Hutton said he has had a passion for painting since his youth in Jericho, Hanover. His earliest influence was his mother, an embroiderer whose patterns he admired. While he has no formal training as a painter, Hutton said he learnt the rudiments of art at Mico Teachers' College where he earned a teaching diploma in the early 1970s. Hutton has staged more than 20 exhibitions. His most recent showing of paintings and photographs was in 2006.