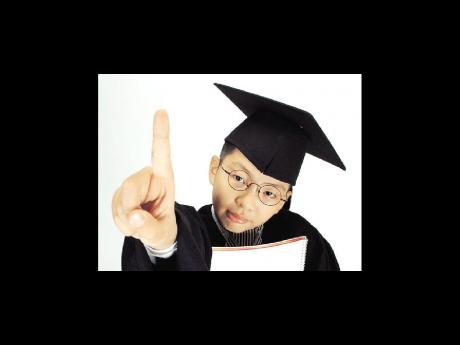 Julie, whose last name is withheld on request, disagrees with the Students' Loan Bureau (SLB) on several issues related to a loan she received from the education-financing body for two years of study dating back to 1996.

While Sunday Business has not been privy to the loan documents or Julie's payment receipts, her story and the response of the SLB are being relayed for general information.

Unappeased by the bureau's response, the SLB client said she would be consulting a lawyer for advice on the matter.

Here is Julie's story as told by her to Sunday Business.

"Thetotal amount borrowed was $83,000.The (monthly) repayment was about $2,000.I began repayment in either 1998 or 1999.Payments were originally made with the bank which disbursed the funds and then SLB accounts were transferred to my bank.

"I made arrangements with the bank and paid $7,000 monthly, with a few lapses here or there, until the account was transferred back to the SLB, which now does its own collection.

"I had been off the island for a few years and all that time I had a reliable third party make payments on my behalf.I am now trying to find all my receipts.

"When the SLB notified me that I still owed $120,000, I vigorously tried to liquidate it. I knew there was a small balance owing, but I was low on funds.I received a statement in June 2009 saying I owed over $40,000 and I paid $20,000 in July. No money was paid in August 2009, but another small payment was made in September 2009. I then received the Septem-ber 2009 statement with additional interest bringing it back to the balance of the June statement. It was then I queried the balance and was told that I owed almost $90,000."

Sunday Business sought a response from the SLB. The entity's manager of loan servicing, Cheryl Surjue, provided the following information.

"We made contact with Julie between the period July 2003 to October 2006 regarding the outstanding balance on the account, consistently reminding herof the maturity date of December 31, 2006.

"Juliecontacted our office via email on May 29, 2007, proposing to make two equal payments in the months of June and July to close.

"The proposal was accepted, however, she reneged on the arrangement and the payments made were insufficient to close. Thirty-sevenmonths have since passed, resulting in post-maturity charges calculated as follows:

"The statement Juliemade reference to did not include the post-maturity charges, as such the balance," the agency said.

Sunday Business asked a third party - David Miller, executive director of the Fair Trading Commission, whose job includes assessing complaints about the trading practices of companies - to assess the information.

"It is important that the debtor provide documentation to prove that the payments were made," said Miller.

"This issue, if it cannot be resolved between the parties, would best be pursued in the courts.To that end, the debtor should consult a private attorney."

Sunday Business communicated the SLB reply to Julie, who is contending that the statements sent to her by the SLB in May and September 2009 had a lower balance than suggested by the bureau.

She said another statement received later added more than $70,000 to the $20,000 she believed to be the loan balance.

Julie has indicated that she will be seeking the advice of a lawyer on the matter.