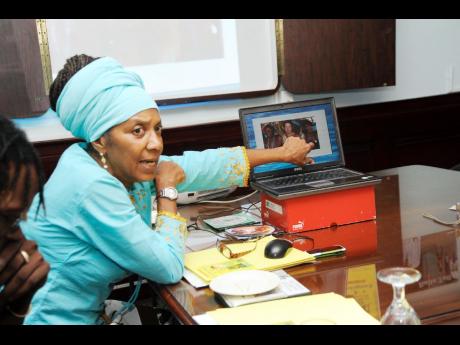 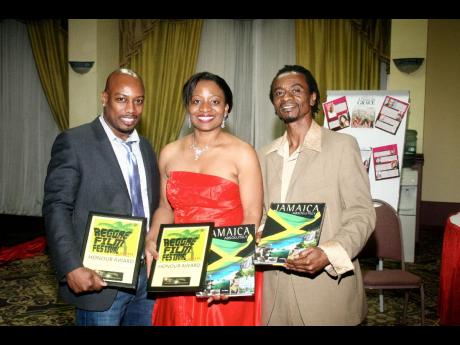 The Jamaica Film Academy (JFA) took another bold step forward with its presentation of the third annual Reggae Film Festival, which featured and promoted Jamaica's famous reggae music culture. Film and still-cameras recorded several aspects of the event, as film-makers, actors and actresses, as well as film lovers, mingled at the Hilton Kingston hotel and the Cove Restaurant between February 25 and March 2.

In fulfilling its objective of developing an indigenous Jamaican film industry, the JFA was proud that the most important aspect of the 2010 event was the discovery and exposure of new young Jamaican film-makers and the emergence of a new Jamaican cinema style trodding in the footsteps of the guns-and-drugs-glorifying The Harder They Come, emerging from the same inner-city communities that produce today's reggae. These included Allan Tennant, whose controversial short, Kapskilla - Nine Days to Live, ruffled feathers; Kurt Fuller, the young first-time director from Trench Town whose film, Concrete Jungle, mirrors his volatile community; and Amaziyah The Great, the Spanish Town music videographer who entered the Make A Film In 24 Hours competition and, up against professionals Jay Will and Dr Noel Howell, amazed everyone with his competence, interesting story and delivery of Ghetto Life.

The festival also discovered three new female film-makers - the brilliant, self-taught animator, Coretta Singer, whose Nickelodeon TV award winner, Kina Sky, was a festival hit; documentary film-maker Diana O'Gilvie (Chasing Daddy) and Jacqueline Huie, whose Pickney Children entertained the young ones. The Reggae Film Festival also recognised two actresses - Melissa Fearon, who has been doing great work in several films and TV programmes, including The Candy Story, Royal Palm Estate and two of the festival films - Ras Kassa's short feature Not To Me and the Howell/Will 24 Hours Film entry, At The Supermarket. The other female actress acknowledged was Macka Diamond for her perfor-mance in Redemption to Paradise.

Mark Gibbs received recognition in the New Jamaican Cinema category. The young actor in the United States feature, Wah Do Dem, got a chance to shine and to meet directors who may hire him in the future.

Another innovation of the Reggae Film Festival was a children's programme, at which students from six Corporate Area schools and two children's homes were treated to films, snacks, drinks and a talk by leading actor Carl Davis, a drama tutor at Camperdown High School.

The third Reggae Film Festival held many surprises, not least of which was the fact that it took place without financial support from any government agency.

It can be seen, therefore, how important and generous was the help given in goods and services by our sponsors, including the media.

The Hilton Kingston hotel went out on a limb with its optimism that the event would secure its needed funding and, when it did not, the Hilton still bent over backwards to accommodate the festival. Thankfully, the Hilton was pleased at the ambience and activity, as well as expenditures for rooms, food and beverages that the event brought in. Phase Three, which provided the projection equipment with kindness and thoughtfulness, was the backbone of the event, without which it could not have taken place. The support of its co-founder, Marcia Forbes, from the early planning stages, demonstrated why she was selected as the newest inductee of the Jamaica Film Academy pioneers.

Jamaica has long been recognised as the hub of Caribbean film-making.

As Antiguan film maker Dr Noel Howell said at the Reggae Film Festival seminar, "Jamaican films lead the Caribbean. Jamaican film-making set the pace with The Harder They Come, and those of us outside Jamaica can only try to catch up." Howell then announced he was returning to Antigua to start the Antigua Film Academy and annual film festival, inspired by Jamaica's example.

Indeed, so internationally popular is Jamaican culture, that film-makers around the world are focusing their lenses on Jamaican music, history and stories to such a large extent that they have created a film genre that already sells itself, providing a bounty of films for our festival, and a great marketing avenue for Jamaican films and film-makers, which is precisely what the industry needs.

The Reggae Film Festival provides an international marketplace for films of this genre, which is why film-makers enter their films and come to Jamaica from all over the world. Film-makers from Japan (two), Britain (two), Hawaii (nine), Canada (three) and the USA (five) paid their way to Jamaica for the festival. The BBC and Reuters were among the media attending, and a documentary of the event was filmed by a director attending.

All was not without incident at the 2010 Reggae Film Festival. Several films did not get shown, as events outpaced available time. Some film-makers, including one who came from Canada in a party of three, took it all with grace, happy just to be at the event. Others were upset and complained about 'poor organisation'. We hope that funding in 2011 will enable us to hire staff to perform the many duties that were handled by a very few.

Lack of funding also caused a last-minute move to a second venue which, while providing the JFA with a future 'home', caused confusion. And even though we presented 14 Honour Awards (purposely avoiding naming our awards 'Best'), I personally wish that all the films entered could have come away with an award, as it was hard to separate just one in each category from the other excellent films. Perhaps certificates of participation for all films would make for happier film-makers all round.

But despite it all, the fact that the third Reggae Film Festival took place successfully in the presence of happy people showed that the effort was worth it and provides the JFA with a solid example from which to see support in 2011. We have already started planning.

Barbara Blake Hannah is the executive director of the Jamaica Film Academy.