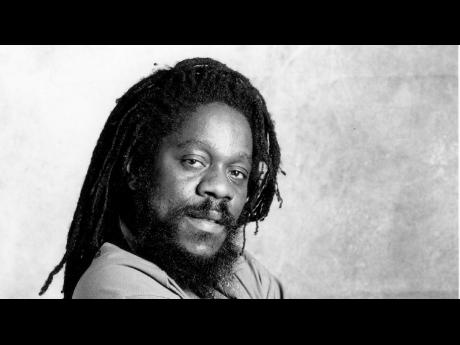 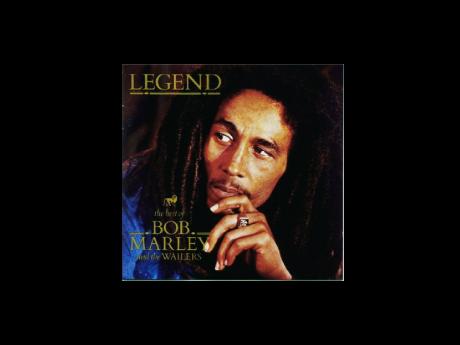 The year 2010 can be deemed to be the 50th anniversary of Jamaican popular music. While a couple of recordings were composed before that date, notably by Laurel Aitken, there was little commercial thrust of any magnitude. It was in 1960 that Jamaican popular music became sufficiently energised to emerge as a promising cultural medium.

By 1960, Laurel Aitken, Theophilus Beckford and Jackie Edwards had already produced songs composed and performed previously but not recorded as hits until 1960:

Boogie in my bones

Oh Manny Oh! By Higgs and Wilson soon followed. It was the first hit produced on vinyl and this transformed record production from soft acetate-based records, which had limited life, to vinyl which was a durable material suitable for an industry. Manny Oh was my first record produced in my early years of promoting Jamaican music.

Yet none of these tunes could be said to have had an identifiable Jamaican signature. It was the emergence of the ska that produced the first Jamaican popular rhythm for music. The origin of ska is not clear but it is linked mostly to Clement Dodd's Sir Coxsone studio, where Clement Johnson (Clue J) and Ernie Ranglin were searching for a rhythm.

Early recordings struck truly indigenous note as Eric Monty Morris led off with the folk tune Sammy Dead followed soon by the nursery rhyme Humpty Dumpty both set to the "riddim" of the ska beat. But it was baby-voiced Millie Small singing a cover of My Boy Lollipop in 1963 (original by Barbie Gaye) to the ska beat that gave Jamaican music its first big lift although it was not an original Jamaican tune. It was produced in London by Chris Blackwell and was a huge hit on the charts locally and overseas, selling seven million copies.

The ska was well received in London where it became known as the blue beat. The popularity in London linked back to Jamaica where, as a result of the acceptance in London, ska became accepted uptown in Jamaica. Previously, it was considered downtown music and was ignored in favour of foreign tunes.

The great instrumental band, The Skatalites, gave ska another big boost with their resounding hits of which Occupation was the most memorable. The band featured the great saxophonist Roland Alphanso.

By 1967, however, the Jamaican penchant for creativeness turned to a new rhythm, rocksteady. Hopeton Lewis was recording a song aptly called Take it easy and had to slow down the rhythm because he could not keep up with it. This slower rhythm became known as rocksteady.

Many new hit songs were produced in this period most notably Desmond Dekker's triumphant hit Israelites which went to the top of the UK charts and nearly the top in America. Although Dekker was lamenting the hard life of the Jamaican peasantry ("get up in the morning slaving for breads)," equating it with the rough passage of Israelites in biblical lore, Jewish people in the United States associated the lyrics with their own lament, pushing the sales.

Dekker was also prominent in the rude-boy era of 1966/67 when gun violence erupted after a massive raid by the police on the criminal den Back-o-Wall. His 007/ Shanty Town ("dem a loot, dem a shoot, dem a wail a Shanty Town") was a signature tune.

It was in this period that Derrick Morgan, Toots and Maytals and Jimmy Cliff flourished. Derrick Morgan's clash with Prince Buster shows the versatility of the two artistes. Buster was offended that Morgan switched from Buster's recording studio to Leslie Kong, another prominent studio. He chastised Morgan for the switch in a very sharp attack Black Head Chinaman, only to find himself on the defence with an equally caustic response by Morgan, Blazing Fire. The tradition of clashes commenced here and mushroomed over later years where, in the dancehall period, it sometimes got out of control.

Toots Hibbert, lead singer of the Maytals, spent a short time in prison for possession of a small amount of ganja. He was given the number 5446 while incarcerated. On his release, he spared no time in producing one of the most popular hit tunes of Jamaican music, 54-46 That's My Number.

But it was Jimmy Cliff, a perennial favourite through the years, who defined the late 1960s, to early 1970s. First, he performed the beautiful melody "Wonderful World, Beautiful People" a timeless, number-one hit internationally. In this same period, he not only produced one of the classic tunes of Jamaican music, The Harder They Come, but acted the lead role in Perry Henzell's equally classic film by the same title. This lifted Jimmy Cliff's status in the global perspective of Jamaican music to stardom.

At the juncture of the first and second decades after independence, a short but potent period of far-reaching change occurred, introducing dub and deejay. Dubbing was the result of an experiment by King Tubby, the master cutter for Duke Reid. Together with Coxsone, Duke Reid was the top producer of recordings in the early period of the emergence of Jamaican music. Tubby found that leaving out the vocals in certain sections of play allowing the beat and instruments to dominate created an ecstatic reaction by patrons when the vocals returned. With this discovery, dubbing was born.

But with even greater creativity, the vocal blanks on the dubs were creatively used for "toasting" the patrons with limericks, nursery rhyme phrasings, greetings, bravado and other lively chatter. The patrons loved it, and the deejay, as the operator was called, became an entry to the music scene. The first deejay hit was by King Stitt who recorded Fire Corner. Out of this emerged U-Roy (Ewart Beckford) who handled the sound for King Stitt. He achieved success with quick hits that ranked one, two and three on the chart at the same time, an unprecedented feat. These were:

Wear you to the Ball

A most far-reaching development emerged from the experimentation with the recording process and playing of records at dances. A Jamaican living in New York, known as Cool Herc who operated a sound system there, discovered the deejay. He returned to New York where he introduced his find. It was an immediate hit and soon became an established part of dances. Later, this morphed into a related genre, rap, which has become dominant in the United States. From a seed planted in Jamaica, a mighty tree has grown.

Back in Jamaica, Bob Marley was becoming an international star. The reggae rhythm was now in vogue. Everything else faded, musical interests shifted. Reggae took the ascendancy worldwide.

The decade of the 1970s had other attractions: the prolific use of political songs befitting the political climate of the time. Better Must Come by Delroy Wilson, although written by the composer about his own condition, was quickly adopted by the Michael Manley campaign both as a slogan and a song for the 1972 general-election campaign to depict the general disposition of the people.

Dub and deejay music, although striking resonant chords with Jamaicans soon faded. Dennis Brown, a child prodigy from west Kingston, was growing up to become a dominant rising star in the early 1970s. He was a prolific composer and a performer who could fill the house and stop the show (No Man is an Island; West Bound Train; Revolution).

But reggae was yet to reach its peak. It was Bob Marley, now performing without the Wailers, who became the international star, successfully promoting reggae across the world. Bob became a global figure. He and other reggae stars sang and performed reggae on recordings in homes and live on stages worldwide, transforming it from ethnic to mainstream music. This was a phenomenal development for independent Jamaica.

Edward Seaga is a former prime minister. He is now the pro-chancellor of UTech and a distinguished fellow at the UWI. Email: odf@uwimona.edu.jm