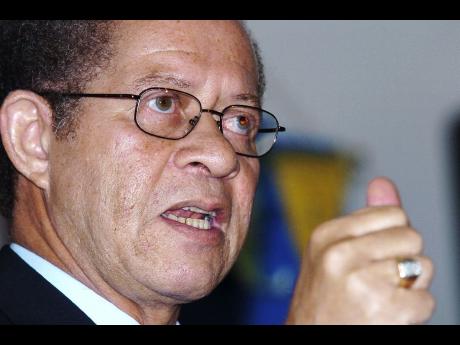 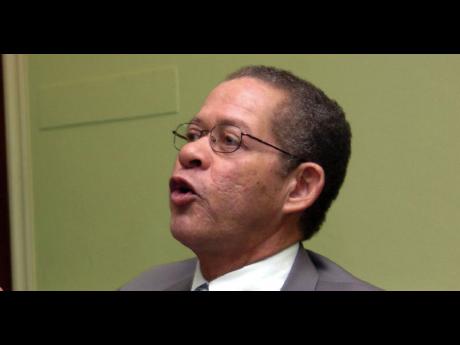 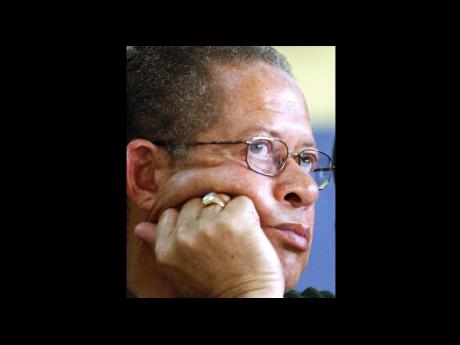 It's been a bumpy 30-month ride for self-proclaimed "Driver" Prime Minister Bruce Golding, with no apparent end in sight.

For the past two and a half years, the Golding administration has careened from one predicament to another, with no break.

It was in the lead-up to the 2007 general election that Golding dubbed himself 'The Driver' in harmony with Buju Banton's hit single of the day.

But since he took control, Golding's journey has been fraught with what his supporters dub mishaps, but his critics label missteps.

On September 11, 2007, Golding eked out the narrowest of electoral victories in his ride to the top.

So close was the margin, that then Prime Minister Portia Simpson Miller was reluctant to relinquish the seat.

By the time she handed over control to Golding, Simpson Miller had been offered a lifeline by Jamaica Labour Party (JLP) defector, Abe Dabdoub, and Golding's power base seemed more precarious than ever.

Dabdoub contended that the Jamaica Labour Party's Daryl Vaz, who defeated him in West Portland, was unfit to assume the reins as member of parliament (MP).

He argued that Vaz had United States citizenship, and in so doing, had breached the Jamaican Constitution.

The Government grew increasingly worried as Dabdoub challenged Vaz in the courts.

But while the legal arena was being prepared for a fierce dual-citizenship battle, in those early days, Bruce Golding went on a collision course with the Public Service Commission.

The commission had selected Stephen Vasciannie, a deputy solicitor general, to assume the top job in that office when Michael Hylton stepped aside.

Golding disagreed and fired the members of the Public Service Commission, who promptly hauled him before the court, alleging that he had run afoul of the Constitution by overstepping his bounds as prime minister.

The brakes were quickly applied to the controversy as the issue was settled out of courts.

But one after another, the dual-citizenship battle resurfaced, distracting the Government.

The court found that Vaz had been unconstitutionally nomina-ted and mandated a by-election.

In the midst of the distraction of court battles and by-elections, Golding and his team were confronted with yet another massive obstacle - an economic global fallout of gargantuan proportions.

As the economic storm approached, some of Golding's lieutenants, including his Finance Minister Audley Shaw, played down the potential effects.

But as it tumbled across the globe, it began to batter Jamaica's fragile economy.

The fallout was enormous - important sectors crumbled, and Jamaicans reeled as job losses became the order of the day.

As the economy swayed precariously, Golding applied the brakes to wage increases for public-sector employees.

Some critical public-sector workers were sorely displeased. Notable among them were nurses, the police and teachers.

Many Jamaicans wondered whether the pressured Bruce Golding administration would grind to a halt on its first trip as Government.

Trouble came from an unexpected source when State Minister in the Transport and Works Ministry Joseph Hibbert was fingered in a bribery scandal involving Mabey and Johnson, a bridge-building firm in Britain.

Golding was forced to stave off the calls to axe Hibbert, who subsequently quit as junior minister.

But Golding's troubles were far from over.

In May 2009, six wards of the State died in a fire at the Armadale Juvenile Correctional Centre in Alexandria, St Ann.

A commission of enquiry was convened and the findings created a furore.

Four policemen, the permanent secretary in the Ministry of National Security, Richard Reese, as well as Commissioner of Corrections June Spence-Jarrett have been casualties in the aftermath of the damning report.

Jamaica was further embarrassed by a report from the United Nations special rapporteur on human rights, which painted a dismal picture of the treatment being meted out to persons in confinement.

That crime continued to rise as the Golding adminis-tration chugged along did not help matters, and within nine months in office, the prime minister replaced National Security Minister Derrick Smith with Colonel Trevor MacMillan.

But with worrying crime trends refusing to reverse and the nation losing patience, Golding was forced to switch gears by taking out MacMillan and putting in Dwight Nelson.

But Smith and MacMillan were not the only causalities of the crime portfolio.

The administration was jolted by the sudden resignation of Police Commissioner Rear Admiral Hardley Lewin in November of last year.

The prime minister scurried to Parliament with his version of the story.

With the economic problems, crime and by-elections sapping the nation's energy, Golding and his team searched desperately for answers.

The Government turned its attention to the International Monetary Fund (IMF).

The Government initiated talks with the IMF, but was quickly placed on the defensive by the parliamentary opposi-tion, which noisily questioned Finance Minister Audley Shaw's absence from initial discussions.

As the talks limped along at a snail's pace, generating puzzlement in the public domain, the release and withdrawal of three tax packages in one fiscal year elicited frowns.

Public-sector workers grumbled as Golding told the nation that the wage freeze would continue.

He also indicated that the public sector workforce would be cut, including his Cabinet.

Golding set a timetable to accomplish this by the start of the 2010-11 legislative year, which gets under way in a matter of days.

In the meantime, the IMF talks stretched into months, and the planned signing of an agreement stretched even further.

But even while the IMF slowed the Government's path, another massive obstacle confronted Golding.

The United States had dispatched to Jamaica a request for the extradition of Tivoli Gardens strongman, Christopher 'Dudus' Coke.

The extradition request was made public and the curiosity of the nation was piqued.

Coke is regarded as a prominent figure in the strong West Kingston constituency that Golding represents.

The extradition request was placed on the desk of Attorney General and Justice Minister Dorothy Lightbourne, but weeks later, the document had not been signed.

The parliamentary opposition jumped into the fray and demanded a response.

Still, the Government did not a sign and not a word was forthcoming.

The prime minister hinted that his administration was engaged in talks with the US authorities on the issue.

Golding had nowhere to turn as the reaction of the US became increasingly less subtle and the Opposition relentlessly applied the pressure.

Subtlety gave way to an open diplomatic stand-off, with the annual narcotics report out of that country accusing Jamaica of being less than cooperative in the fight against organised crime.

The report, released three weeks ago, accused Jamaica of breaching the Mutual Legal Assistance Treaty, forcing Golding to declare once and for all that he would not be extraditing Coke under the current extradition request.

Golding contended that Jamaican law - the Interception of Communications Act - was breached when Coke's phone was tapped.

In the midst of the looming diplomatic battle, Contractor General Greg Christie put another spoke in the wheel of the Bruce Golding administration when he reported that Tourism Minister Edmund Bartlett had misled Cabinet when he entered into an arrangement with American Airlines.

Christie found that the air-service agreements between Jamaica and American Airlines had been improperly awarded and that the Government had been misled about details of the US$4.5 million deal.

The issue is yet to be resolved.

Even as the diplomatic saga between the United States and Jamaica continued, the Opposition - through Dr Peter Phillips - last week released documents which indicated that the Government might have secretly entered into a contractual arrangement with a US law firm through attorney-at-law and Jamaica Labour Party member, Harold Brady, to assist in resolving the extradition row overseas.

The drama is still being played out.