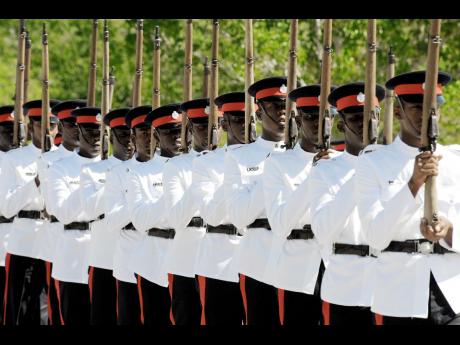 A SENIOR police sergeant told The Sunday Gleaner that to bypass the selection process, prospective recruits gain entry into the Jamaica Constabulary Force (JCF) through bribery.

She alleges that it is relatively easy for people to make contact with members of the interview panel to influence their decision. The three-member panel usually comprises the chaplain/assistant chaplain for the police area, an inspector, and either an assistant police superintendent, a deputy superintendent, or a superintendent.

According to a recruit, it is not hard to find out who is scheduled to sit on the panel at any given time.

The recruit, a 28-year-old graduate of a tertiary institution, highlights that there are weakness in the recruitment process, as antecedent reports cannot be diligently pursued given the urgent need to fill the shortage of cops.

But she believes it is the police force that transforms recruits into rogues.

"You have people who come in good and they just turn out bad," she said from her Treasure Beach-based training camp.

The prospective cop also related that from her batch of 178, three recruits had so far been dismissed, because it was discovered that they had been involved in shady activities before they were admitted for training.

"The discreet investigation takes years. In the last batch, one recruit was dismissed a day before graduation because the person was found to have had fraudulent (academic) documents," she said.

However, we were not able to confirm those reports.

One detective corporal, who has been a member of the force for more than seven years, told The Sunday Gleaner on Friday that at the time of his recruitment, the subofficer who was assigned to prepare his antecedents short-cut the process.

According to the detective, one day, the subofficer only called to verify his identity, since he was of the view that the recruit's mother was a known citizen of good public standing.

The detective said having confirmed his identity, the subofficer indicated that he was satisfied that the 20-odd-year-old at the time could be selected to become a member of the JCF, and as a consequence, made the recommendation in his report.

Efforts to contact ACP Delworth Heath, who is in charge of training, were unsuccessful up to press time.