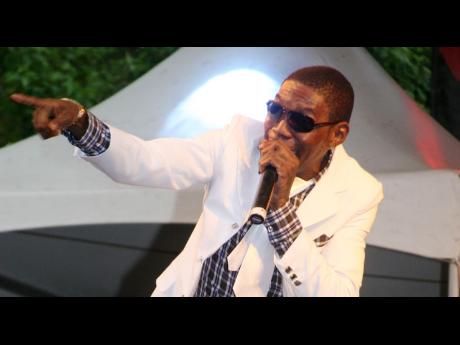 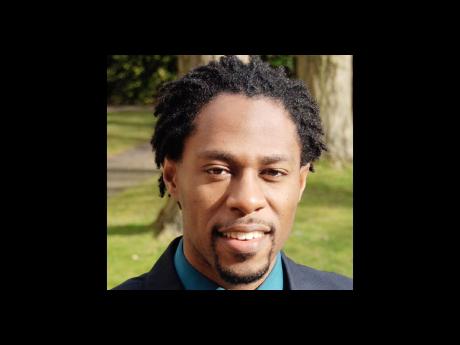 When asked why we love Jamaica, our answers come swift and sure: we are known around the world for our welcoming and relaxed attitudes, vibrant artistic and musical culture, and athletic prowess. We boast some of the most beautiful landscapes and delicious food in the world.

Unfortunately, our answers are no slower or less certain when asked what we don't love about Jamaica, the rotten underbelly of our Jamaican identity reveals a country divided along lines of class and skin colour, a country where citizens trust neither the police nor the government, a country of palpable danger and insufficient infrastructure. Of the most common complaints about Jamaica, two come particularly often: murder, and sex.

The homicide rate in Jamaica is high, has been rising since the 1970s and is still rising. In 1970, the homicide rate was 8.1 per 100,000; by 2009, it had risen to 49 per 100,000. For some time, Jamaica has had one of the three highest homicide rates in the world. Aside from being a serious problem in itself, a high murder rate also discourages economic growth: productivity and investment suffer when the social climate is unsafe.

This article has no intention of demonising healthy, consensual sex between well-informed adults. However, this is not the sex we seem to be having. A study on Jamaican sexuality by Eggleston and colleagues found that 40 per cent of Jamaican females have been pregnant before the age of 20. Nor are these women who deliberately chose motherhood. On the contrary, more than 80 per cent of these pregnancies are unplanned. Even more disturbing, another study of Jamaican sexuality by Baumgartner and colleagues found that half the young girls in their participant pool had been forced or coerced into sex. Like our high murder rate, this is a problem in itself, and also negatively affects our quality of life and our productivity.

There is no shortage of opinions on how to solve these societal problems. The list of suggestions is long, and often conflicting. What we lack, however, are suggestions based on empirical research. And while it would be oversimplification to suggest that there is one underlying cause that entirely explains both of these problems, research suggests that there is a deeply rooted, systemic cause that is spoken of too little, and on which no empirical research has been done in Jamaica - the construction of Jamaican masculinity.

Jamaican males are central to both our high murder rate and problematic sexuality. Police records show that the overwhelming majority of Jamaican murderers and murder victims are male. Furthermore, contrary to popular belief, most homicides are not caused by drug-related activity or burglary.

The two main motives for homicide in Jamaica are personal disputes and revenge or reprisals. In other words, the high Jamaican murder rate is the result of young men killing young men over personal disputes - even minor ones. Police narratives illustrate how common it has become for someone to be murdered over cigarettes, or a bingo game.

In Egglestion's study of sexuality, 64 per cent of Jamaican boys admitted to intercourse before the age of 15, compared to only six per cent of girls. Boys also reported starting to engage in sexual activity at a younger age than girls (9.4 years vs 11.3 years). Pressure from friends and a desire for elevated social status motivated boys to start having sex young, and having a lot of it. For boys, sex led to admiration and encouragement. Even when it is considered that some of the boys may have exaggerated their sexual experiences, the results of the survey are nonetheless disturbing, if not more disturbing, as it clearly demonstrates a pervasive, powerful, and unhealthy social norm regarding masculinity and young, promiscuous, irresponsible sex.

The Construction of Jamaican Masculinity

In most societies, the image of masculinity conforms to certain features. An empirical investigation of masculinity by Thompson and colleagues identified four central features of masculine identity: (1) Men must be willing to take risks, and have a love of adventure, danger, and violence. (2) Men must avoid doing anything that appears feminine in all areas of their lives, including career, interests, emotional vulnerability, and sexuality. (3) Men must strive to be respected and admired through success and achievement, especially as breadwinners. (4) Men must remain calm in hectic and frightening situations. These aspects of masculinity are found in almost all cultures, and define what it is a man should be according to the wider society.

However, in the 1970s, Jamaica experienced severe economic decline, reducing men's ability to demonstrate their masculinity through legally attained financial success and achievement. This had profound effects on consequent construction of masculinity in Jamaica. Because of the dearth of legal, legitimate and achievement-based yardsticks of manhood, many young Jamaican men resorted to defining their masculinity primarily through dangerousness and anti-femininity, particularly in the area of sexuality. Consequently, in contemporary Jamaica, masculinity has become little more than violence and the total rejection of anything perceived of as feminine or homosexual.

In Jamaica, a 'badman' is the ultimate heterosexual male: strong, tough, and sexually successful with women. A 'b-man' is his antithesis; weak, feminine and homosexual. Music and wider culture support this view, discouraging all appearances of homosexuality or femininity, and encouraging violent responses to any male who breaks the societal code by appearing feminine or gay. In Jamaica, real men are soldiers called to defend the borders of masculinity. As such, even fraternising with the enemy cannot be tolerated: as TOK reminds us, "from dem ah par inna chi-chi man car, gi we fire mek wi bun dem".

How we construct masculinity influences what our men become. As a society, we have placed very much emphasis on the aggressive and sexual aspects of masculinity, and very little emphasis on the success-related and responsibility-related measures of masculinity. We encourage our boys to fight, discourage our boys from being homosexual, and impose strict restrictions on certain forms of heterosexual sex (such as oral sex).

We spend less time encouraging our boys to be successful in schools, active participants in legal society, or responsible for their actions. And when generations of boys are taught that manliness is little more than a violent form of heterosexuality, the norm for generations of men becomes violence, irresponsible sexuality, and a lack of educational and financial achievement.

At the moment, there is far too little research conducted in Jamaica on these issues. Consequently, we must borrow empirical data from other societies, and adapt them to our own. However, it would be better to begin our own programmes of quantitative, empirical research on the current construction of Jamaican masculinity, its consequences, and the most effective ways to alter it.

For the moment, the evidence indicates that as long as we tell our boys that manhood means violence and irresponsible heterosexuality, as long as we belittle legitimate forms of breadwinning and education, a country of violent, homophobic, irresponsibly sexual men is exactly what we are going to get.

However, if we agree on a vision, and if we take purposeful, active steps in law, leadership, media, and public spheres of socialisation, change will be possible. If Jamaican society is to recover, if we are working towards a day when Jamaican men will be more literate, Jamaican citizens will feel safer, and Jamaican sex will be healthier, we must take the reins and deliberately shift the image of a man back to something more socially productive.

The active process of redefining ourselves will not be quick or easy, and it will be met with resistance, but it is worth it and it can be done.

Jamaican Keon West, a Rhodes Scholar, is reading for a DPhil in experimental psychology at The University of Oxford.