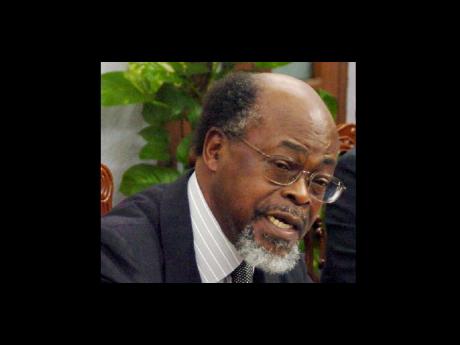 According to Witter, the practice is preventing some of the society's most vulnerable former civil servants from accessing state benefits.

"There is this terrible state of record keeping in the public sector, in particular in relation to personnel," Witter told The Sunday Gleaner recently.

He said his office continues to be called on to investigate employment records and contributions of civil servants to ensure they get proper post-employment benefits.

Giving the example of persons who would work for a government agency in one parish and are then transferred to another parish, Witter said the personnel records do not accompany them.

"There is no note there of his taxes - his NIS, his NHT, his length of service - things which are taken into account to compute his pension, and so the records are incomplete," Witter said.

He added: "The kind of indulgence and indifference that one encounters very often when trying to collect these records is quite startling."

The 2008 annual report of the Office of the Public Defender which was tabled in Gordon House last Tuesday contains a litany of complaints against the state agencies for non-payment or discrepancies relating to pension payment.

The report points to a Portland woman who worked as a part-time cleaner at a post office in the parish only receiving her pension after seeking the help of the Office of the Public Defender.

The woman had consistently paid her pension contribution and after waiting four years after her retirement in 2004 for NIS benefits, she reported the matter to the public defender.

Subsequent investigation found that the woman's file had been lodged 'mysteriously' at the Kingston and St Andrew NIS head office instead of at the office in Portland, where she worked.

"It is as if the people from whom we seek to get this information do not appreciate that one day, hopefully, they will get to pensionable age," Witter said.

Meanwhile, allegations against the Jamaica Constabulary Force accounted for a massive chunk of the more than 1,043 complaints made to the Office of the Public Defender in 2008.

The department's annual report for the period reveals that 230 complaints were made against the police by citizens.

Most of those complaints related to allegations of abuse and false arrests.

Sixty-six persons made complaints to the public defender in an attempt to get compensation for damage to their property by members of the police force.

Ten persons sought compensation for injuries received from police bullets, and eight persons said they had been threatened by members of the police force.

In a case highlighted by the public defender, the complainant received just over $97,000 from the State after the police damaged his property during a search.

The complainant said he was returning home in January 2008 when he met a group of soldiers on the compound where he lived. He said that while some interrogated him, others entered his house and ransacked it, purportedly conducting a search for firearms, ammunition and contraband.

At the end of the search, he found that 26 bags of pig feed had been destroyed after a five-gallon container of gas and a bottle of disinfectant overturned on them. The back of a television set and a small refrigerator were also damaged, allegedly by the soldiers.

"Our investigation verified his complaint and justified a claim for compensation," the Office of the Public Defender said.

Meanwhile, there was a wide-ranging list of complaints against government bodies in 2008.

In one instance, a citizen sought compensation for injuries sustained while carrying ballot boxes.

There were two complaints against the state-owned Jamaica Urban Transit Company for refusing to accept coins as part of bus fares. One of those complaints was resolved while the other is listed as pending.

The Office of the Public Defender has received 13 complaints against the Ministry of National Security, one of which was about the deplorable state of a police station, and the other the alleged refusal of the ministry to appoint a person as justice of the peace.

At the same time, 31 complaints were made against the Ministry of Health. In one instance, a person sought compensation from the Government after he allegedly contracted HIV while in hospital.

Witter said this case is progressing. He, however, refused to say how much compensation was being sought and when the investigation would be concluded.