MY DOWN TIME WITH ...Jean Lowrie-Chin 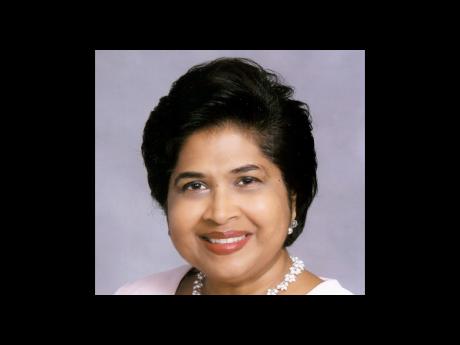 Jean Lowrie-Chin created history when she became the first non-executive woman to be appointed to the board of FirstCaribbean International Bank. She is the only woman on the current board. In her new role, she hopes to share experience as a business owner, marketing consultant and a perennial volunteer.

She is the managing director of PROComm, an advertising and public relations agency serving a wide range of local and international organisations over the past 30 years, and is widely recognised among the region's leading communications consultancies.

Lowrie-Chin is also the founder and chief executive officer of the Caribbean Community of Retired Persons, which will be officially launched in April.

She is the creator and first editor of The Gleaner's Flair Magazine and a popular newspaper columnist, as well as author of 'Souldance', a collection of poetry and essays. She is a graduate of Alpha 'Convent of Mercy' Academy and the University of the West Indies, where she gained BA (Hons) and MA degrees.

Her list of credentials, achievements and honours is impressive, and includes: creation of Lasco affirmation programmes for teachers, nurses and police and communications campaigns for the Electoral Commission/EOJ for most successful national voter registration in 1996, among several others.

She was appointed in December 2009 by the prime minister to the six-person Consultative Monitoring Group for the Public Sector Transformation Programme. She is married to Hubert Chin, director of administration at PROComm. They have two adult children, Anita and Noel.

What book are you now reading?

I am currently reading Seeing Double by Patrick Wilmot - it is irreverent and hilarious!

Whose music are you listening to now?

I love almost all kinds of music - from Jimmy Cliff to Sinead O'Connor and Etana and listen to them from time to time.

Where was the last interesting place you visited and why did you find it so?

I recently visited Toronto, Canada, and I enjoy the cultural diversity and their respect for the environment.