LAWS OF EVE - Alimony is maintenance 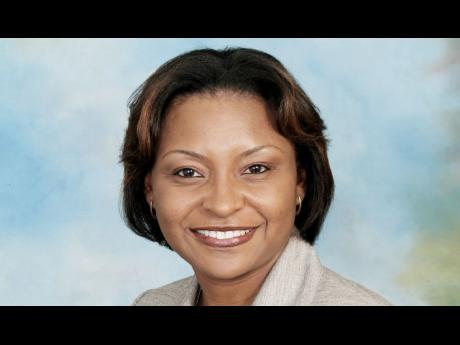 Sherry-Ann McGregor is an attorney-at-law and mediator.

In Jamaica today, the word 'alimony' is used less often than phrases such as 'spousal maintenance' or 'spousal support'. Perhaps this is because, in the traditional sense, alimony was used to describe court-ordered financial support which was paid by the former husband to the former wife, and this reduced usage is in keeping with the change in the definition of the word spouse to embrace not only married or former married couples, but also common law spouses.

The reality is that the payment of financial provision may be ordered by the court as between married persons or persons cohabiting in a common law union, after they have separated, obtained a decree of dissolution of marriage or ceased cohabitation.

For ease of reference, let us use the word 'maintenance' to describe all the various forms of payments that may be ordered as between spouses, and recognise that maintenance payments may be ordered after a couple has separated or ceased cohabitation, and even after a decree absolute for dissolution of marriage has been granted.

Maintenance orders may be made in circumstances in which the court is satisfied that one spouse cannot practicably meet all or any part of his or her needs, and the amount ordered will be such sum as may be necessary to meet the reasonable needs of that spouse. In this regard, it should be noted that the applicant might be the male or female spouse.

Applications for maintenance payments may be made:

pursuant to the Maintenance Act within 12 months after the termination of cohabitation;

pursuant to the Matrimonial Causes Act at anytime after the filing of a Petition for Dissolution of Marriage.

When considering applications for maintenance by spouses, the court is required to consider many factors, including the length of the marriage or cohabitation, and the spouse's accustomed standard of living during the marriage or cohabitation. Of equal importance are factors such as the means of each spouse and his or her ability to provide support for himself or herself, and any other dependants.

Maintenance orders may require periodic (for example, weekly, monthly) or lump-sum payments to be made; and in the case of periodic payments, the court may order the payments to continue for such period as it considers just. In the case of Maragh v Maragh, which was decided in the Supreme Court in 2008, the parties were divorced after 39 years of marriage, and the judge ordered the former husband to pay a monthly sum of $35,000 to his former wife for the duration of their joint lives.

However, it should be noted that section 7 of the Maintenance Act clearly states that one spouse will not be liable to make maintenance payments to another, if that other spouse marries someone else or is cohabiting with someone else; and any prior maintenance order will cease to have effect if either of those events occurs.

Sherry-Ann McGregor is an attorney-at-law and mediator with the firm Nunes, Scholefield, DeLeon & Co. Send feedback to lawsofeve@yahoo.com.